Apple’s global marketshare has reached 22% driven by high demand for the iPhone 5 on the fourth quarter of 2012, representing 11% of the total mobile phone market, the most recent report from Canalys revealed (Via AppleInsider). 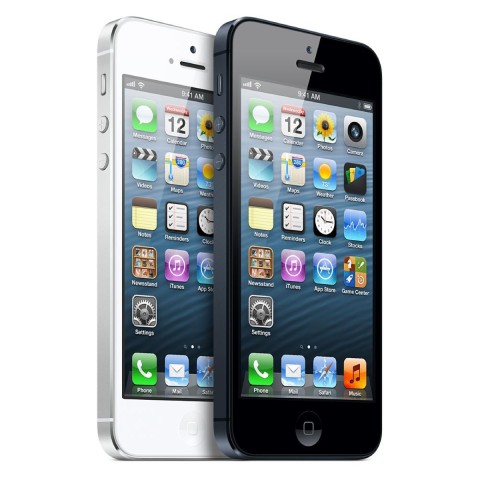 Of the 438.1 million cellphone units shipped during the fourth quarter last year, nearly half were smartphones. In the smartphone market, Android handsets account for 69% of the 216.5 million units shipped, with Samsung leading the top five manufacturer list. Android’s share dropped, however, from 74%, as Apple grew from 15% to 22% driven by high demand for the iPhone 5. 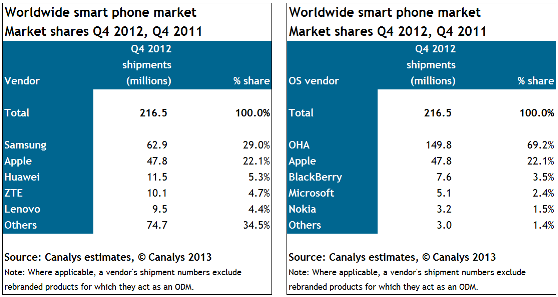 ‘BlackBerry, Microsoft and Nokia, as well as other Android vendors, have strategies and devices in place to attack, but the task is daunting to say the least,’ said Pete Cunningham, Principal Analyst. ‘When we look at the whole of 2012, Nokia remained the number three smart phone vendor, shipping 35 million units, but Apple in second place shipped 101 million more handsets. First-placed Samsung shipped 74 million more than Apple – the gaps are colossal. But there is still a big opportunity as smart phone penetration increases around the world. Vendors left in the wake of the top vendors must at the very least improve their portfolios, time-to-market and marketing, as well as communicate their differentiators. Microsoft, BlackBerry and other new OS entrants, such as Mozilla, must make the OS switch as simple as possible and drive and localize their respective app and content ecosystems.’

As for operating systems, iOS accounted for 11% of the all phones shipped, while Android’s share stands at 34%.