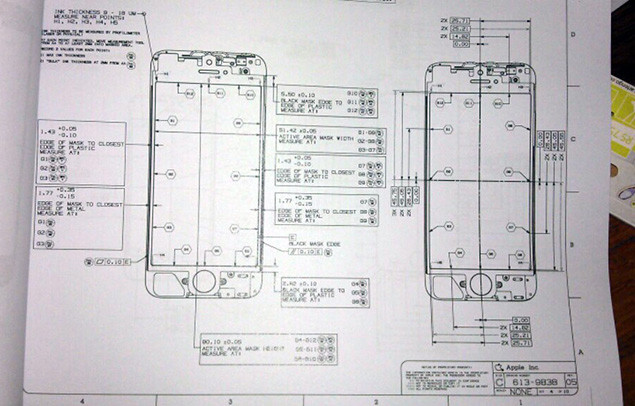 9to5Mac has discovered that the next iPhone could come with a new WiFi chip that supports dual band WiFi with WiFi Direct that could allow for AirDrop to be supported in iOS.

The new chip, the Broadcom BCM4334 is built on a smaller, more efficient 40nm process. The WiFi chip in current models of the iPhone and iPad use the BCM4330, which works on a 65nm process. This means the new chip will be more energy efficient, using only half the power of the previous chip, in stand by mode. This will definitely save some battery life. Apple is always looking for ways to save battery life, and with rumours that the next iPhone will most likely have a larger screen and support LTE, they’re gonna need all the battery life they can get.

BCM4334 which is the follow-up part to BCM4330 that we’ve seen in a bunch of devices. BCM4334 changes from a 65nm process to 40nm LP, which itself offers a power profile reduction. The change isn’t a simple die shrink either, Broadcom says it has worked on and refined the existing BCM4330 design and reduced power a further 40-50% and dramatically reduced standby power by 3 orders of magnitude. I asked Broadcom to give me a realistic estimate of power consumption – BCM4330 in full Rx mode consumes around 68mA, BCM4334 consumes 36mA at the same voltage, just to give an example of the reduction. Air interfaces don’t change between BCM4330 and BCM4334.

9to5Mac has noted that the dual band WiFi is used in later versions of the Mac, and these versions are the only ones that support OSX Lion’s AirDrop feature. This could mean that Apple plans to introduce AirDrop for iOS, with the next iPhone. AirDrop is a file sharing feature of OSX Lion, which allows for quick file sharing between Macs. This would be a handy feature to have on your iPhone.