Phil Schiller mentioned an increase in battery life while speaking about the iPhone 5c and 5s, compared to the currently available iPhone 5. But we know Apple: the company doesn’t disclose data on their tech specs page, and we can only see a significant two-hour talk time, LTE browsing improvement, compared to the year-old model.

Anandtech was particularly curious about the battery improvement, so they began to investigate the limited available documentation. And what they found looks interesting. Apple’s tech specs page says the devices come with up to 10 hours of talk time on 3G, and the same 10 hours on LTE and on Wi-Fi, and standby went up to 250 hours. By contrast, the iPhone 5 has 8 hours of talk time and 225 hours of standby. So how did Apple achieve this performance?

The answer appears in the FCC documents spotted by Anandtech. The docs reveal that Apple has increased the battery size of both models: the iPhone 5c got 5% more, while the iPhone 5s got a 10% increase.

It turns out that there are in fact some battery size increases for both the 5S and 5C if the FCC disclosure is to be believed. While I’m somewhat skeptical sometimes of the accuracy of battery capacities as reported in FCC disclosures (which I noted about the battery size for the Nexus 5), these numbers seem credible given what I’ve heard, the statement Apple made during the keynote about the 5C battery size going up, and what I’d expect with some board re-layout for the 5S. The iPhone 5S ends up getting an almost 10 percent increase in size versus the iPhone 5, the iPhone 5C goes up around 5 percent versus the iPhone 5.

Their findings seem to match an iPhone 5c battery leak that was posted today by CtechCN spotted by MacRumors. 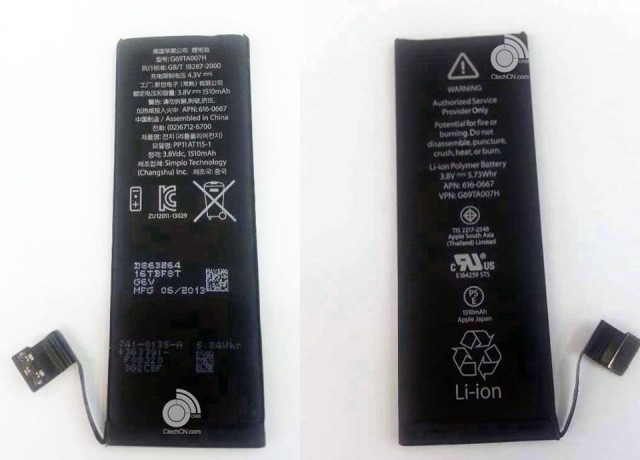 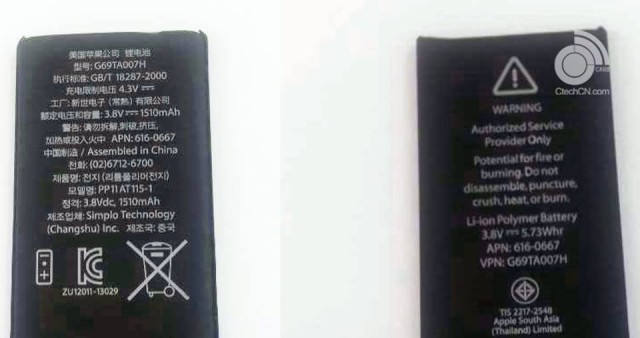 The latest models will be available on September 20 in Canada, with pre-orders for the iPhone 5c starting today.