According to a report by the Morning Sentinel, an iPhone 5c caught fire in the pocket of a 14-year-old girl from Kennebunk, Mainewhile, while she was at school, resulting in 2nd-degree burns for which she was treated at a hospital (via 9to5Mac). The girl was said to be sitting with her friends just before her first-period French class when a pop was heard from her iPhone 5C, which she had received from her mother two months earlier. 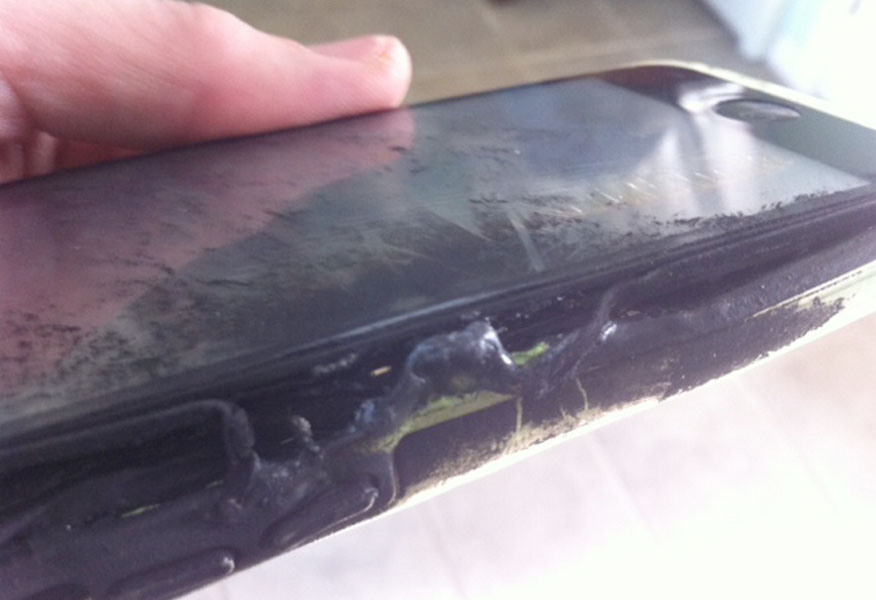 Jeff Rodman, principal of the Middle School of the Kennebunks told the press, “Immediately, smoke starts billowing from around the student. She knew right away something was wrong and, in a panic, knew her pants were on fire caused by the cellphone.”

“The girl – who has not been named – was said to have had the presence of mind to “stop, drop and roll,” at which point the phone fell from her pocket but her pants were still on fire. Classmates and a teacher at the Middle School of the Kennebunks helped the girl remove the pants, wrapping her in a blanket until rescue workers arrived.

The girl was treated for her injuries at the Southern Maine Health Care in Biddeford, and released around 45 minutes later.”

The girl asked to return to class according to her mother, but school officials and health care workers encouraged her to go home.

Update: One unconfirmed report claims that the phone made a ‘popping’ sound when she sat down, suggesting the student may have crushed the phone by sitting on it.