Images of an all-black development iPhone 5s have leaked. 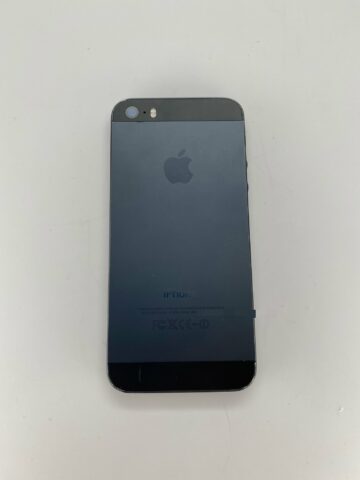 The iPhone 5s was launched in September of 2013, boasting a bevy of improvements that were then adopted by the smartphone industry, like fingerprint authentication and much more. At that time, the device was offered in three colour options: Space Gray, Silver, and Gold. Its predecessor was available in White, Silver, and Black, and Slate.

However, Twitter user @DongleBookPro (via MacRumors) over the weekend posted new images of an unreleased iPhone 5s prototype in a Black and Slate colour option. The prototype was manufactured in December 2012, three months after the iPhone 5 was released, according to the poster.

Additionally it was manufactured in December of 2012, months after the 5 was released pic.twitter.com/qmKBxCuih7

The prototype device features an iPhone 5-style “slate gray” chassis with several observable differences from production units, such as the matte top and bottom. The prototype unit is not fully exposed due to the protective housing concealing its design.

It is possible that Apple was considering adding the Black and Slate color as part of the mix but later decided to stick with the Space Gray option instead. The Space Gray color was offered on numerous future releases, including the latest iPhone 12 Pro.

According to the Twitter user, Apple most likely used the Black and Slate color on the iPhone 5s to conceal the device during its development. This iPhone 5s was manufactured three months after the iPhone 5 was launched, meaning that the iPhone 5s would remain under the research and development phase for another nine months.