Apple has updated its case design guidelines to include detailed schematics for the iPhone 5s and iPhone 5c via an update within Apple’s Developer Center, as noted by AppleInsider. These guidelines reveal a closer look at the design changes with both new iPhones announced on September 10. For case makers, these guidelines are an important part of releasing accessories, according to Apple:

The following dimensional drawings must be taken into account when designing form-fitting accessories and/or cases.

For the iPhone 5s and iPhone 5c, Apple instructs makers to not obstruct top and bottom antenna areas with metal, acoustic openings, imaging features, proximity and ambient sensors and the Home button. In particular, the flash keep out zone is recommended to be at 120 degrees to not interfere with its function.

You can check out the images below or visit the full PDF link here. 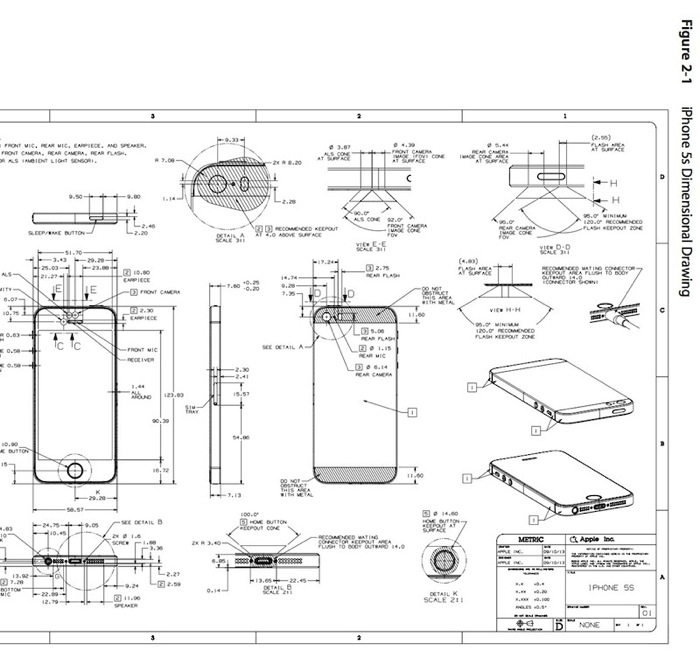 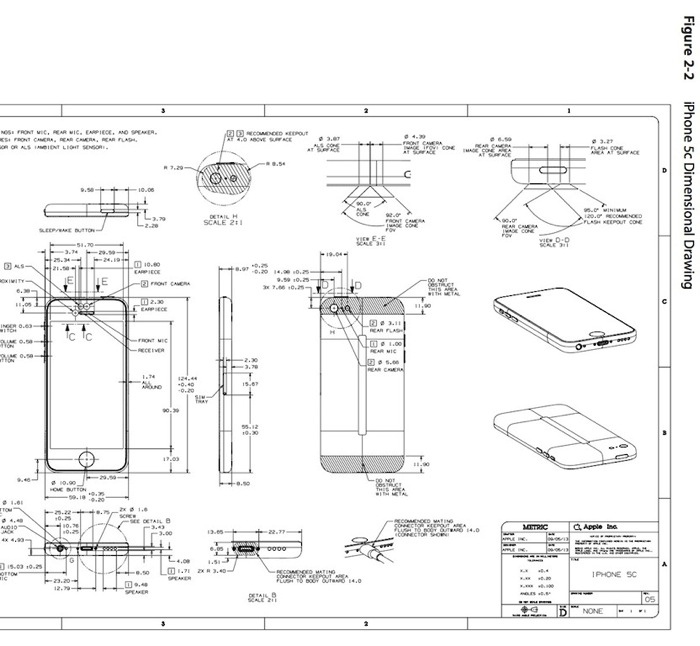 Both the iPhone 5s and iPhone 5c will have their own cases made available from Apple. The iPhone 5s case will be made of leather while the iPhone 5c case comes in a variety of colours and a design which reflects the usage of circles in iOS 7. Both devices are set to launch on September 20.