AnandTech’s Brian Klug has written a lengthy breakdown regarding Apple’s improvements to the iPhone 5s camera, calling them “very positive” and noting the move by the company to go with bigger pixels for better image quality was a right move.

Klug says his brief demo time with the iPhone 5s camera at the special event resulted in some impressive performance details, especially the new burst capture mode, where the shutter took roughly 500 images (at 10 photos per second) without blinking an eye:

Of course there’s also a new burst capture mode which activates when holding down the capture button and captures at 10 FPS. I held this down in the demo area and took around 500 images without the speed slowing down. Apple is probably buffering these in DRAM and writing them to NAND at the same time.

Apple’s own description of burst mode says the speeds are possible due to the ISP and faster sensor allowing users to take “hundreds of images”:

The ISP and faster sensor also make burst mode possible, which is great when your subject is in motion. Burst mode continuously captures 10 photos per second, letting you take hundreds of images so you don’t miss a moment. Intelligent software algorithms work behind the scenes to analyze all the shots in real time, comparing sharpness and clarity and even detecting when someone’s eyes are closed. Then iPhone suggests individual photos or a sequence of photos that you might like best. 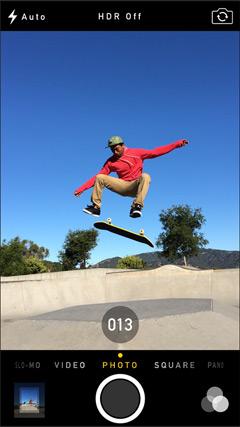 As for the iPhone 5s sample images posted on Apple’s website, Klug analyzes the EXIF data from each image to conclude most of the images were taken at a low ISO 32 to keep noise down, showing off the camera at its best under prime lighting conditions. He details how samples images are sharp, produce good bokeh and overall impressive coming from a smartphone camera. 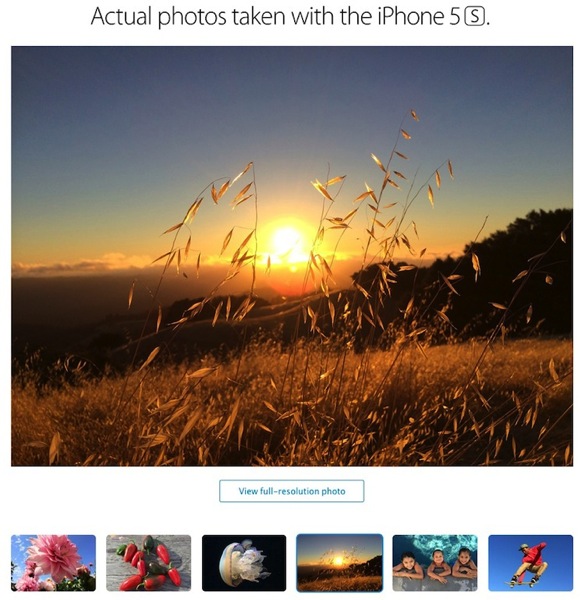 Below is Apple’s promo video for the all-new iSight camera in the iPhone 5s:

If you want to read a detailed analysis about what the iPhone 5s camera’s improvements, be sure to check out Klug’s full piece here.