Apple sold 10 million iPhone 6 and iPhone 6 Plus units combined in the first 72 hours of availability. But it hasn’t just been the company who has cashed in due to the high demand for the new devices: the launch has triggered record sales of accessories as well (via AppleInsider).

According to data released by the NPD Group, accessory sales for the two weeks following the iPhone 6 launch reached $249 million, a huge jump of 43% compared to sales in the first half of the same month. 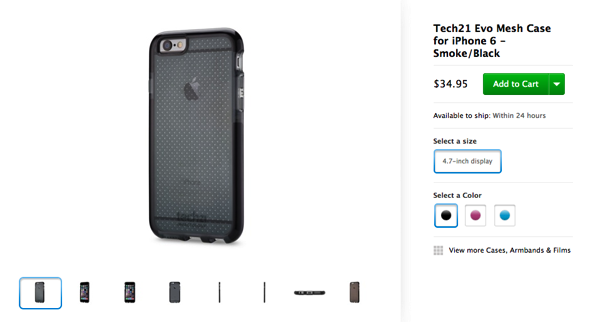 “New iPhone form factors always provide a short-term boost to traffic and volume to the consumer electronics market, but it’s the accessory purchases that keep the momentum going,” said Stephen Baker, vice president of industry analysis at The NPD Group. “Case sales specifically, and accessory sales in general, remain an excellent proxy in measuring the long-term demand for a phone.”

A year ago, right after the dual launch of the iPhone 5s and 5c, accessory sales reached $195 million, a 17% hike in sales compared to the previous two weeks.

The NPD Group’s Weekly Tracking Service shows that case revenue jumped 78% right after the 4.7-inch and 5.5-inch iPhones launched, while sales were up 63% compared to the first half of September.

[caption id="attachment_389637" align="aligncenter" width="1024"] Image: OpenAI[/caption] ChatGPT creator OpenAI today announced the launch of a new "classifier" designed to detect machine-written text. "We’ve trained a classifier to distinguish between text written by a human and text written by AIs from a variety of providers," the company said. While the company's AI-powered chatbot has taken the...
Nehal Malik
17 mins ago