Although it was launched just a year ago, the iPhone 6 is the most popular device among all iPhone models, app analytics firm Localytics has found after crunching data from over 100 million iPhones during August. 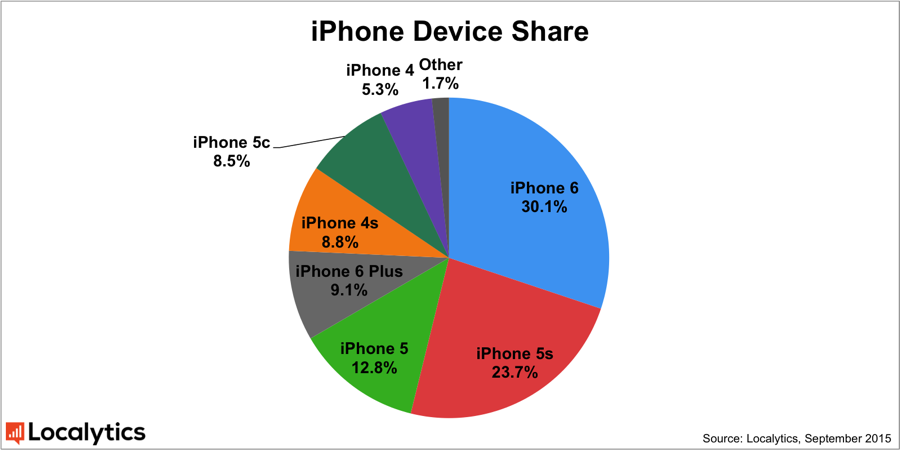 As you can see from the above image posted by the firm, the iPhone 6 clearly dominates all other models, accounting for 30% of all active iPhones. The iPhone 6 Plus adds another 10%, propelling the adoption rate of last year’s models to 40%, an impressive performance compared to this time last year, when the iPhone 5s was second to the older iPhone 5.

As we can see from the above chart, the adoption rate of new models is usually above 30% a year after release. There are exceptions: The iPhone 5c, for example, recorded only 8%, but if we add the iPhone 5s’ 25%, we get 33%. However, this is still lower compared to the iPhone 5’s performance (the first Apple device with a 4-inch screen), which captured 35% of the iPhone market.

iPhone 6 Plus adoption rate is relatively small at 9%, but, interestingly, bigger screens drive higher app engagement. According to Localytics, apps of the iPhone 6 and 6 Plus are launched more often than the number of times they are opened on other devices: An app is launched 15 times per month, followed by the 5s (14 launches) and the 5c with 13.1 app launches.