During the past couple months there have been a steady flow of iPhone 6 mockup image leaks, which gives us a hint of how the next generation iPhone will look like in the 4.7-inch and 5.5-inch versions. There is one catch though: the mockups we’ve seen aren’t 100% accurate, claims Nikkei. (via GforGames) 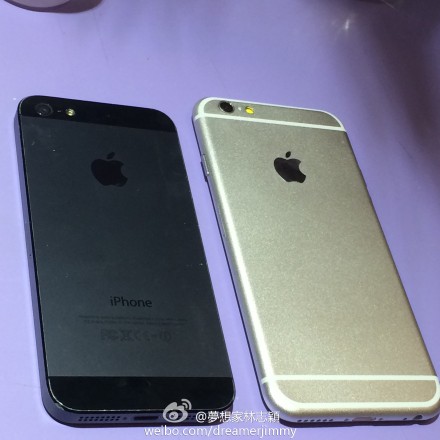 According to the Japanese Nikkei’s sources the iPhone 6 mockups that have flooded the blogosphere has been put together quickly and shoddily quickly using low quality materials. Although they may mirror the overall design, the mockups are missing a couple of key design elements, such as the curved glass display, which, in the genuine model would seamlessly transition into the aluminum shell.

The same source has also said that Apple may drop the dual-glass covered antenna design, instead going with an all-aluminum iPhone 6. Now Nikkei’s sources are saying the white lines we’ve seen on the leaked mockup will not appear on the final version, because they only serve as marks for the back panels. In other words, the iPhone 6’s back will resemble that of the iPhone 5s.

Apple is expected to announce two new iPhone 6 models this fall —most likely in September. The 4.7-inch version is said to enter mass production in July, followed by the 5.5-inch model in August.