Following yesterday’s Nikkei report about the iPhone 6, the Japanese MacFan added its voice to the circulating iPhone 6 rumours: it published what it claims to be drawings of the 4.7-inch and 5.7-inch iPhone 6c models (via MacOtakara).

The images show a flat, bezel-free handset with volume controls resembling those of the current iPhone 5c, and a camera with a single LED-flash on the back.

Also, the drawings reveal the alleged size of the handsets, which will apparently be the lower-cost models of the next-generation iPhone. According to the leaked drawing, the 4.7-inch model measures 137 × 66 mm, and is 7 mm thick, while the 5.7-inch model is 157 × 77 mm, and 6.7 mm thick (via MacRumors). 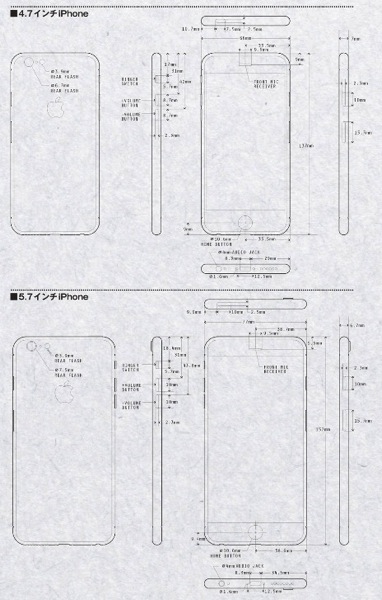 Rumours of a dual iPhone 6 launch have been present since last year when Apple unveiled the iPhone 5c and 5s, as two iPhone lines could allow the company to continue the current pricing strategy, but launching two iPhone 6c (i.e. lower-cost) models is questionable.

The iPhone 6 is expected to hit the market sometime this fall and to feature camera improvements and the highly anticipated Sapphire glass display.

Apple has recently ramped up efforts to diversify its supply chain and production capacity beyond China in the wake of geopolitical tensions between Washington and Beijing, COVID-19 slowdowns at Chinese factories, and more. However, undoing its reliance on China is going to be a long and hard road for the Cupertino, California-based company. According to...
Nehal Malik
60 mins ago