While multiple sources mention the same two iPhone 6 display measurements, the exact screen resolution has been unknown – until know. Speaking with people briefed on the specification of the new device, Apple is working on major resolution changes for the next-generation handset, and bringing back the three-screen resolution model, reports 9to5Mac.

Now, since the original 320 × 480 pixel resolution is gone and Apple will increase the resolution for the iPhone 6 display, Mark Gurman speculates that the base resolution will be 1136 × 640 px divided by two, which means 568 × 320 px.

With the iPhone 6, Apple will introduce pixel tripling (remember that pixel doubling is used on the iPhone 5), and so we end up with the possible resolution of the iPhone 6 display: 1704 × 960 pixels (3 times 568 × 320 px). Well, at least according to Gurman’s speculation. 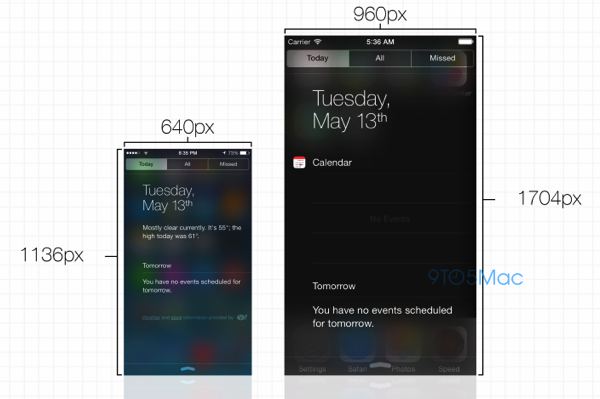 Now, if Apple keeps the same resolution for both the 4.7-inch and 5.5-inch models, the display density would reach 416 PPI and 355 PPI respectively.

The next-generation iPhones are widely expected to launch this fall. For developers, the transit to the new resolution would be seamless, as Apple is working on tools to foster the transition. As for apps, they will be heavier by one more picture size – that’s all.

Any shred of mystery Google was saving for its Pixel 7 series launch event on Thursday, October 6, likely dissipated when a detailed and legit-looking spec sheet for the two phones leaked online over the weekend (via 9to5Google). Apparently, a mobile carrier in Taiwan prematurely shared the spec sheet for Google's Pixel 7 and Pixel...
Nehal Malik
17 mins ago