After performing a series of tests on the device’s headphone jack, Mashable has confirmed that the new iPhone 6 doesn’t play high-res sound or HD audio. To test the iPhone 6’s high-res audio capabilities, various test tones with a 96kHz sampling rate and 24 bits per sample in .wav format were played from the iPhone’s headphone jack to a high-res audio recorder running at a 96kHz sampling rate, 24 bits per sample. 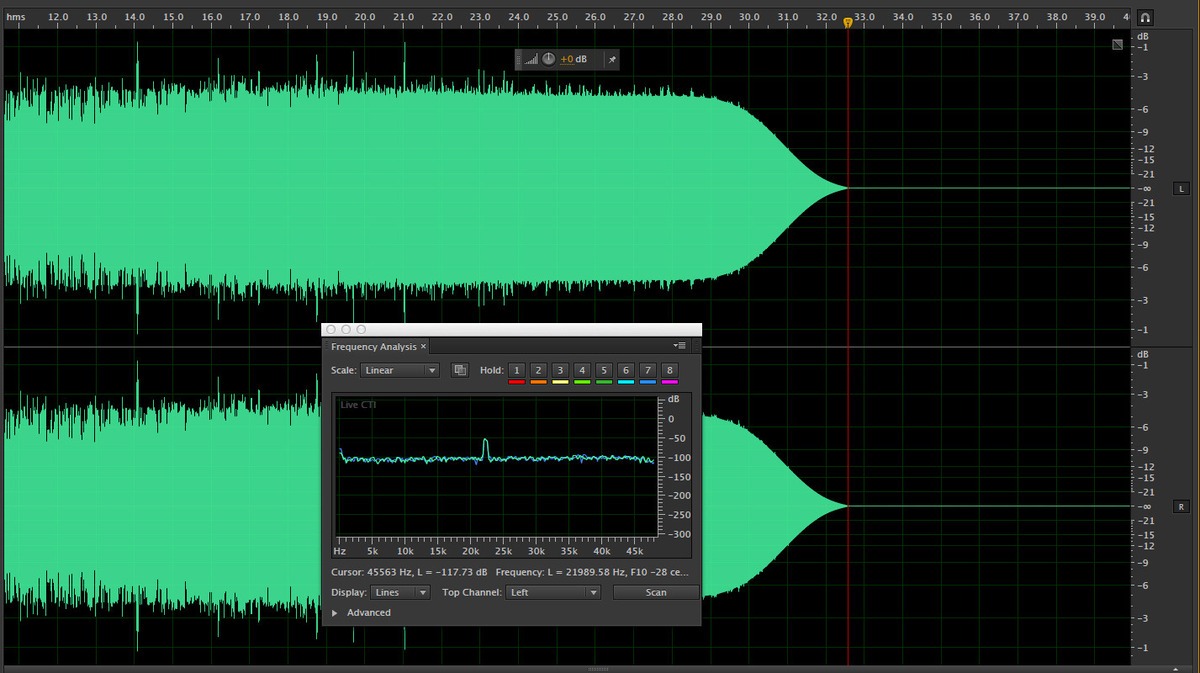 The recordings were viewed in Adobe Audition desktop audio-editing software and compared with the “raw” signals from the original files. According to audio-testing expert David Ranada, the results showed that the iPhone 6 does not play high-res audio, at least not yet. However, the source notes that it’s likely that the limitation has more to do with software than hardware.

“The digital-to-analog converter (DAC) — the piece of hardware that actually converts those digital bits into music — is the Cirrus Logic 338S1201 chip, according to teardowns. That chip is custom-built for Apple, so its specifications aren’t public. In previous generations, the chip was the Cirrus Logic CS42L61 — also a custom job, but part of the company’s CD42L range. The last chip in that range was the CS42L51, which is capable of sampling audio up to 24-bit/96kHz.

It’s hard to conceive of Apple either creating a custom chip that’s less capable than the equivalent off-the-shelf component, let alone downgrading the audio capabilities of the iPhone’s DAC in subsequent generations. So it stands to reason the DAC on board the iPhone 6 is capable of sampling 24-bit/96kHz audio”.