The reason for the sudden influx of line sitters? Well, China isn’t part of the iPhone 6 launch taking place this Friday so demand for unlocked devices are shooting through the roof.

Couple that with Vancouver being the perfect launch pad for phones be delivered to Asia and the plethora of Apple Stores in the Lower Mainland (six locations!), it tends to get entrepreneurial money-hungry resellers excited (eBayers have sold unlocked 128GB iPhone 6 Plus models for up to $1700).

According to tipsters, ads on Craigslist by resellers are advertising they’ll pay line sitters up to $200 for waiting in line. The ad below says it’s looking for as many people as possible, so you can imagine this is big business.

The requirement? Get in line the night before and be prepared to wait 14 hours or so (we’re told they will also buy you food). Once you get inside the store, someone will give you cash to pay for the iPhones. Once two iPhone 6 Plus models (the ones in highest demand) are purchased, line sitters will then be paid $200 in cash.

Here are a couple more images of last night’s line up that started outside Richmond Centre: 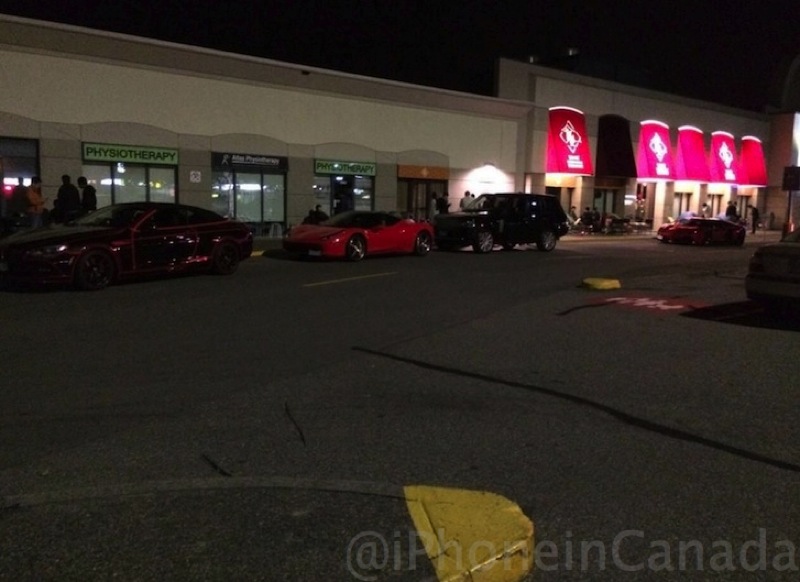 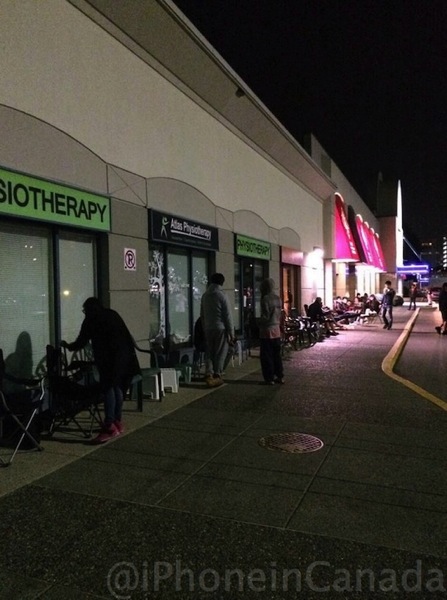 We were told by @simonsource security at Richmond Centre told line sitters to remove their chairs, so as of now people have resorted to standing only as they wait until stores open on Friday morning at 8AM.

Similarly, another anonymous tipster told us there’s a new system in place to prevent people from line budging, a problem that has existed in the past. The queue cards are now gone, which is apparently a move to stop resellers to manipulate the system, which is why we’re probably seeing ads for people to wait in line, something we previously first heard about from 9to5Mac.

There was no word whether this digital reservation system would hit Canada, but now it appears ready to be implemented here.

During previous iPhone launches in Vancouver, in particular for the iPhone 5 when China was also omitted from the first launch, suspected resellers similarly dominated Apple Store line ups (and also reportedly budged in line).

If you’re waiting 14 hours in line for $200 as a line sitter, that works out to $14.29 tax free—how much is your time worth? Of course, there is the chance you could get scammed and not be paid by these resellers after waiting all night, so it’s definitely a risky proposition.

Shockingly, the line up is even longer today. Cc: @iPhoneinCanada pic.twitter.com/5YFavdY3RX