With the new iPhone 6s and iPhone 6s Plus, Apple is using A9 processing chips from two different sources i.e Samsung and TMSC. While it has already been confirmed with several benchmark tests that both processors are nearly identical in performance, some curious folks may be interested in knowing which of the two is present in their iPhone 6s / 6s plus device. The folks over at iDownloadBlog have shared how to find out whether a Samsung or a TMSC A9 chip is installed in your iPhone 6s.

Warning: beware of installing unauthorized third party apps like this on your device, so proceed with caution.

Note: You will need to register your Apple ID as a developer. 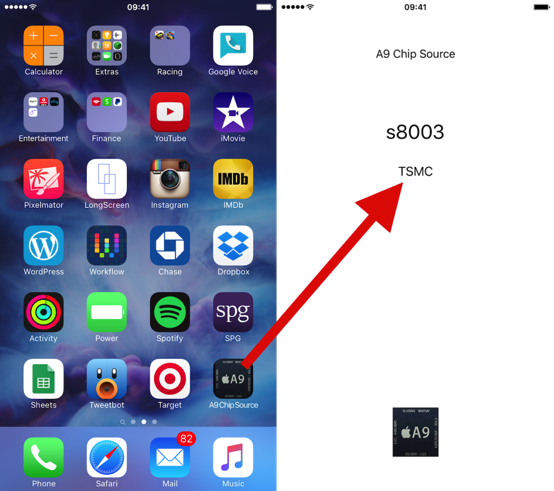 Download Xcode 7 from the Mac App Store and launch it.

In the repository location box, paste the following and click Next:

Now connect your iPhone 6s to your Mac via USB and select it in the drop down device selection menu.

Once Xcode 7 indexes and processes symbol files, the status will say Ready.

Now click the Play button and wait for A9 Chip Source app to be installed on your iPhone. Once done, launch the app on your iPhone to find out your chip source.

That’s it, now you know whether your iPhone 6s has a Samsung or a TMSC A9 chip.