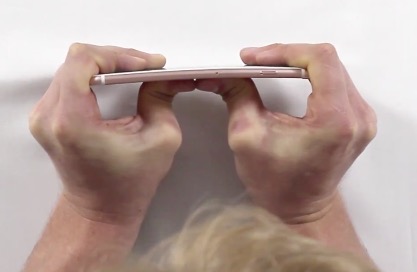 YouTube channel FoneFox down in New Zealand has now put their Rose Gold iPhone 6s Plus to a bend test, and were unable to bend the phone to the point where it breaks. While the phone did slightly bend, it did require “a lot of pressure” to achieve, by two people.

While the test was not exactly performed in a controlled environment, it does look like the iPhone 6s Plus seems stronger than last year’s iPhone 6 Plus. Time to wait and see what other controlled tests will reveal.

On Saturday evening there was a Twitter Spaces hosted by Mario Nawfal along with Kim Dotcom, which Elon Musk joined in from using Starlink on his private jet as it took off. The topic was to cover the Twitter Files shared by the social network recently, but Musk also talked about various issues, including advertising […]
Gary Ng
60 mins ago