Early Thursday morning, Apple notified customers their iPhone 6s pre-orders had shipped. Email notifications went out just after midnight PDT, while those subscribed to text notifications saw them this morning.

Those with estimated delivery dates of 9/25 to 9/29 also saw text notifications arrive later this morning (if you are subscribed). 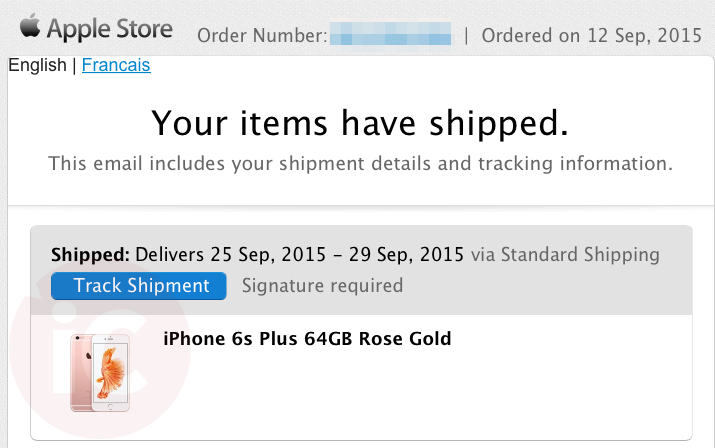 While many of you have been tracking your orders from Asia to North America using this trick we told you about, the next 24 hours are when you’ll see some real movement with your order. Those in major cities should see their orders arrive tomorrow (if you have 9/25-9/29 estimated delivery) on launch day (pending some sort of UPS delay).

Starting on Saturday, September 26 at 8AM local time, Apple will re-open their Reserve and Pick Up service, which allows customers to choose an iPhone 6s configuration online, and pick it up at their nearest Apple Store, for unlocked or contract customers.

Has your iPhone 6s shipping notification been sent out?