Another series of images (now) showing the alleged logic board of the forthcoming iPhone 6s reveal additional information about the internal tweaks we may expect when it launches this fall. Some of the notable changes are: a noticeable reduction in the number of chips present, an updated NFC chip, a 16 GB base model and a slightly thicker design (via 9to5Mac).

As you can see from the image above, the iPhone 6s features a new NFC chip, labelled 66VP2, which compares to the NXP-made 65V10 NFC chip found inside the current models. At this moment, the changes brought by this particular chip are still unknown.

What’s more interesting is that Apple has reduced the number of chips it is using for this model. For example, one section of the logic board, which previously had more than 10 components, now sports only three main chips. Also, other components such as the flash memory and CPU appear to have benefited from smaller manufacturing processes, enabling the device to provide the same functionality, with smaller and less power-hungry parts, writes Gurman. 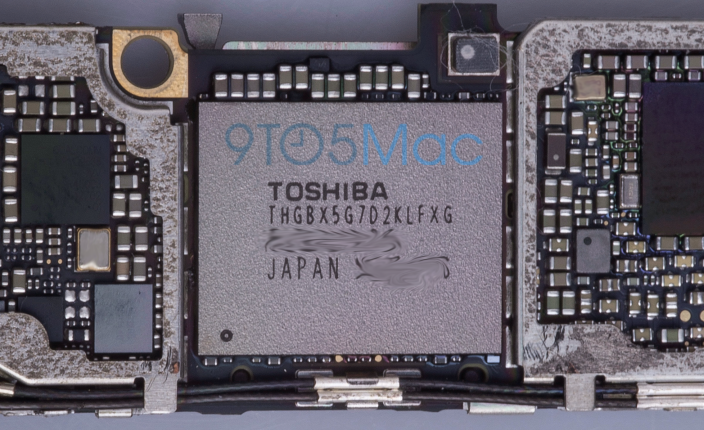 It looks as though Apple won’t increase the storage capacity of the base model, because the logic board prototype analysed by both 9to5Mac and Chipworks sports 16 GB of Toshiba NAND flash built using a 19 nm process.

You may recall that earlier leaks suggested that the 6s model would be similar to the current model, but – as MacOtakara reported – it may be slightly thicker. The case design drawings obtained by 9to5Mac suggest that the iPhone 6s will be 0.13 mm thicker than the iPhone 6. That won’t be a visible change, and, by the way, you can also recycle your iPhone 6 case for the forthcoming model.

Amid the tools used by archaeologists for centuries i.e. trowels, buckets, brushes, and pickaxes, there’s a new piece of equipment, the iPad Pro, as highlighted by Apple in a new feature. “iPad is the perfect archaeology machine,” says Tulane University professor Dr. Allison Emmerson. who was part of the team that pioneered its use to...
Usman Qureshi
13 mins ago

Apple’s Stage Manager multitasking feature in iPadOS 16 is only for tablets with the company’s M1 chip, but that is now changing. According to Engadget, Apple told the publication Stage Manager is now expanding to older iPad Pro 3rd gen and 4th gen models when iPadOS 16 is released later this year. M1 iPad Pro […]
Gary Ng
57 mins ago