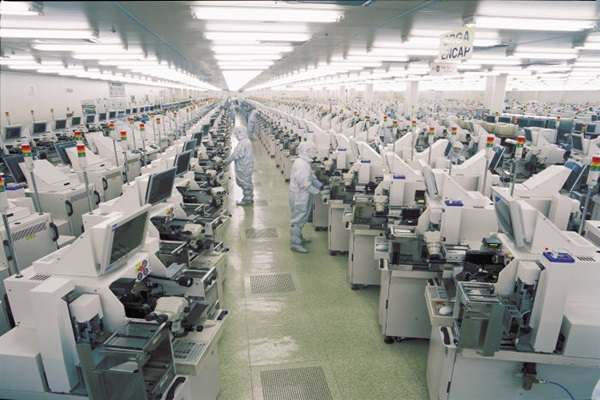 Although the EMI shielding was previously applied to the printed circuit board (PCB) and connector, this is the first time Apple is applying the technology to most of the major chips in an iPhone such as the radio frequency (RF), wireless, LAN, and Bluetooth connectivity chip as well as application processor and modems.

By the way, Apple used this technology for the first time with the Apple Watch’s S1 chip package. To extend the shielding technology, Apple did some testing last year. The move comes to prevent unexpected signals due to electromagnetic interference. The technology also allows Apple to gain space as the mounting space between the chips becomes smaller so there is a chance to increase the battery’s size.

“As clock signals of digital chips have increased and as diverse functions such as 3D-touch and others have recently added, reduction of electromagnetic waves have emerged as major topic of this industry.” said a representative of this industry. “As other Smartphone businesses might be looking to apply EMI Shield technology to major chips just as Apple did, packaging and other related equipment industries will benefit a lot from this.”

The EMI shielding comes at a cost, though. Apple has selected StatsChipPac and Amkor to proceed with the EMI shielding for the chips included in the iPhone 7. Both suppliers are based in South Korea.