Last month, PhoneBuff released one of their typical ‘real-life’ speed tests, with the nearly year-old iPhone 6s taking on Samsung’s blazing Galaxy Note 7. That test saw the iPhone 6s win easily, despite the Note 7 having higher specs on paper. 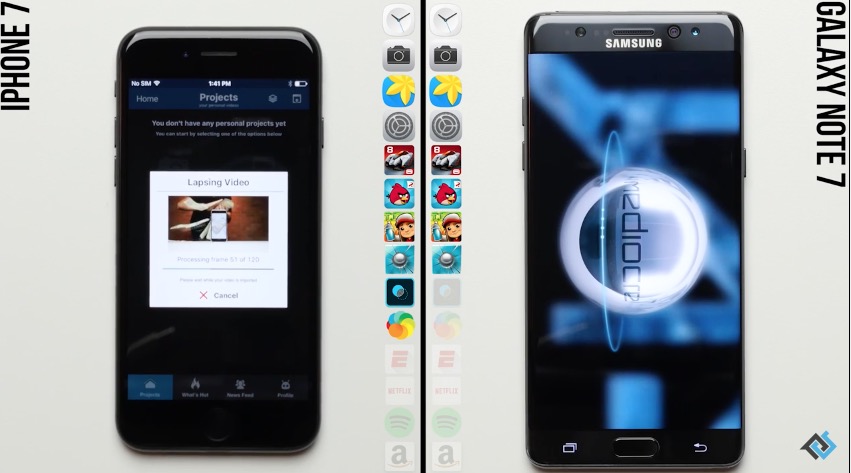 In the video below, the iPhone 7 finishes both ‘laps’ of tests before the Note 7 can even do one lap—and this is with “only” 2GB of RAM (curious to see how iPhone 7 Plus and its 3GB of RAM will fare). Even though Samsung continues to push out smartphones with high specs on paper, it can’t keep up to Apple’s hardware and iOS.

Well, at least the Note 7 battery didn’t explode and catch fire during the tests.