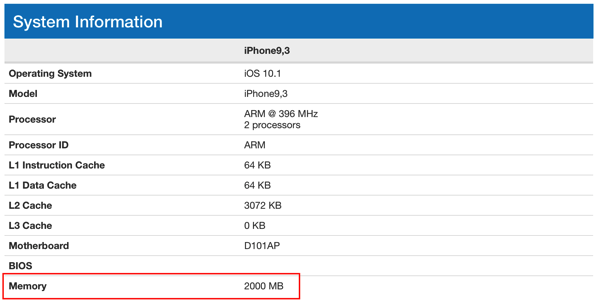 As you can see in the screenshot above, the ‘iPhone 7 Plus’ multi-core score of 5495 is also a big jump on the iPhone 6s Plus, which managed a score of 4404. It must however be noted that although KGI’s Ming-Chi Quo suggested a 2.4 GHz processor and 3 GB of RAM in the iPhone 7 Plus, this benchmark report indicates that there will only be 2 GB RAM (see above).

Meanwhile, the Ontario-based developer and founder of Geekbench John Pool, says he’s not sure if they’re authentic, but hard to tell if it’s an obvious fake: 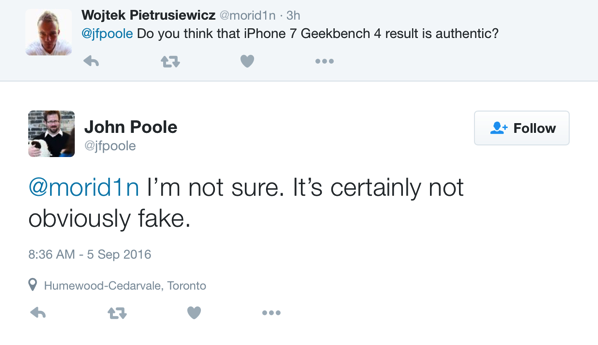 There’s little doubt now that the upcoming ‘iPhone 7’ and ‘iPhone 7 Plus’ will be significantly faster than the competition.