‘iPhone 7’ to Include Lightning EarPods, But 3.5mm Adapter to Cost Extra: WSJ

All eyes are on Apple’s ‘iPhone 7’ special event set to kick off tomorrow, and the Wall Street Journal has seemingly confirmed what we already suspected from rumours: the 3.5mm headphone jack is set to disappear. 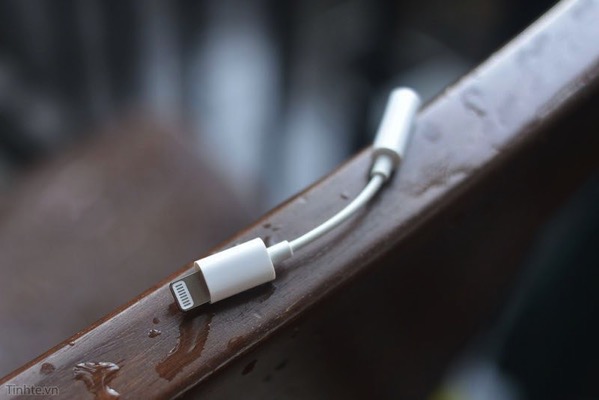 But one unanswered question was whether Apple would include a 3.5mm Lightning adapter in the ‘iPhone 7’ box. According to the WSJ, it will be absent and rather made available for purchase separately:

The new iPhone likely will come with earbuds, as usual, but they’re expected to plug into the Lightning port, used to charge the phone. Purchasers of the new phone will have to use those or spend more money on a Bluetooth headset or a Lightning-to-headphone dongle that Apple will no doubt start selling immediately.

There’s no doubt the decision to exclude a 3.5mm Lightning adapter will make people furious. But we will need to wait and see what Apple’s explanation will be for the elimination of the 3.5mm headphone jack. Sure, wireless may be the way of the future, but wired headphones do not require batteries or charging, unlike Bluetooth headphones.

What about those who want to use their headphones and charge at the same time? Lightning EarPods would occupy the port, resulting in no other way to charge the device (unless wireless charging debuts tomorrow as Apple’s “one more thing”?!). We’ll find out soon enough, folks.

How much are you willing to pay for a 3.5mm to Lightning adapter?