iPhone 7 Reserve & Pickup Live in Canada for Unlocked or Contracts

Apple has brought back Reserve & Pickup for iPhone 7 pre-orders, which allows customers to reserve a device online to then pickup in-stores, for both unlocked and those seeking contracts. The service was made available last year for the iPhone 6s as well.

How to use Reserve & Pickup for iPhone 7? 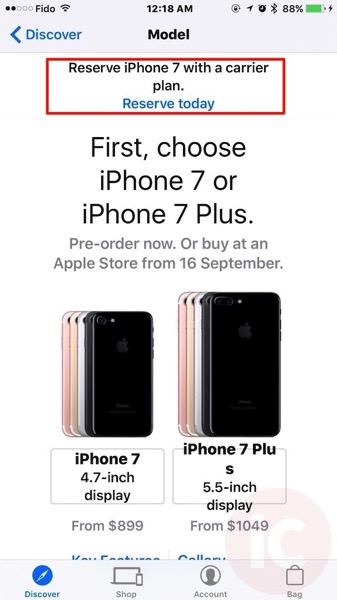 For pickup in-store for unlocked iPhones, the option appears under capacity when you’re choosing a model (our screen shows unavailable): 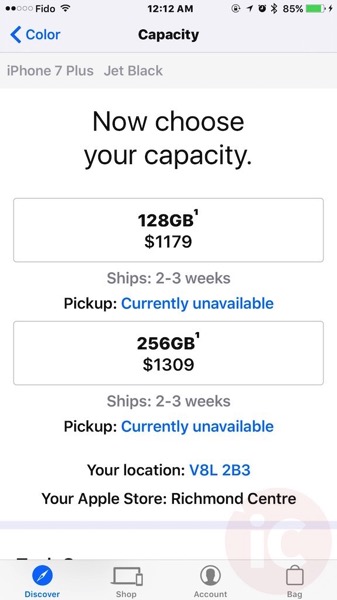 But if you do see pickup available, you’ll see the following two screens once you go through the steps: 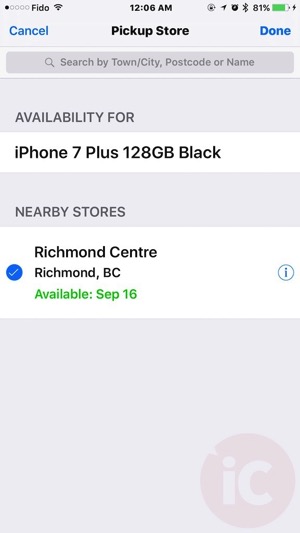 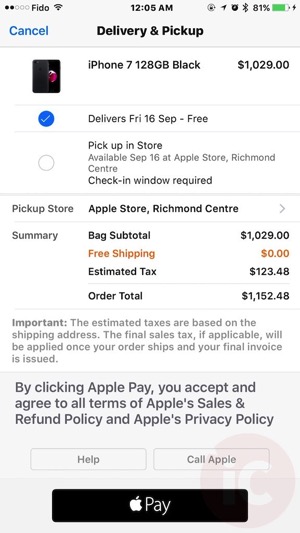 Were you able to use Reserve & Pickup for your unlocked or carrier pre-order?