Find iPhone 7, iPhone 7 Plus Stock in Canada in Real-Time with iStockNow

If you’re still looking for an iPhone 7 or iPhone 7 Plus from an Apple retail store, check out the tracker iStockNow.com. Utilizing Google Maps, it tracks every Apple Store in Canada and the USA, bringing real-time status updates of what models and configurations are available.

You can revise your search to iPhone 7 or iPhone 7 only, plus also limit it to certain colours and capacities. Despite launch day lacking iPhone 7 Plus across Canada and the USA, there’s a lot more stock available now (except for Jet Black). 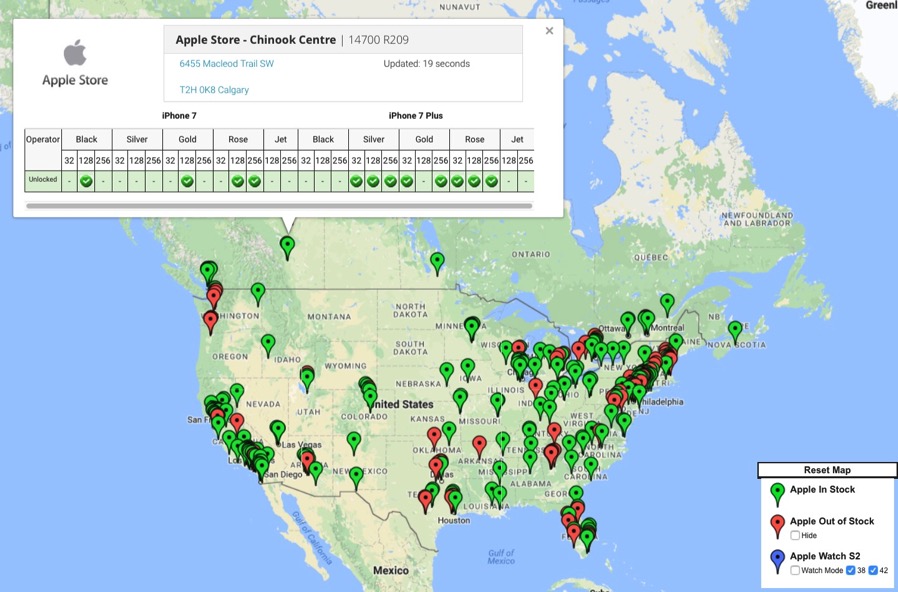 In previous years, developer and iPhone in Canada reader Ashwin Balu had created a dedicated real-time tracker with desktop alerts for Canadians to find iPhone 6s and iPhone 6s Plus inventory. He confirmed with us via email he is working on an update to his site for iPhone 7 and iPhone 7 Plus.

But in the meantime, iStockNow gives a good overview of whether iPhone 7 or iPhone 7 plus is available at your local store. Don’t forget to also try Apple’s Reserve & Pick Up tool on the web to save your model in advance.