While recent leaks have all but confirmed an edge-to-edge display design for the upcoming ‘iPhone 8’, it is not yet clear how iOS 11 will incorporate the front-facing sensor bar notch for a more seamless look. Latest mockups by developers Allen Pike and Max Rudberg have taken a look at how these changes might be realized in an ‘iPhone 8’ running iOS 11 (via MacRumors). 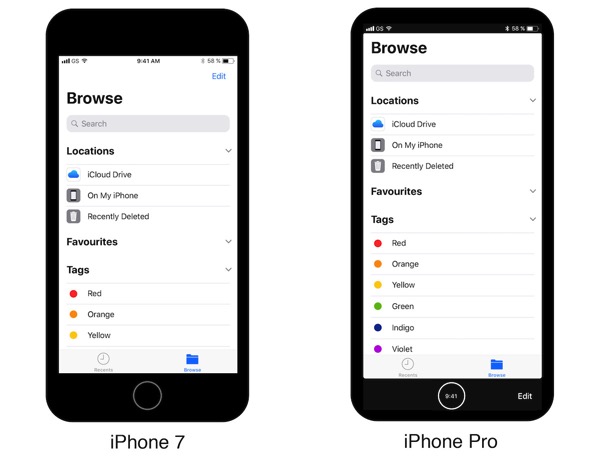 The designers point out that “Large Title” banners in iOS 11 sit below navigation buttons in many of the apps, with plenty of “weirdly empty” white space on current model iPhones. In one of the mockups, they predict that iOS 11 will shift the topmost navigation buttons within these apps to a bottom bar, most likely a “function area”, where users will easily be able to tap UI inputs to jump around within the apps. 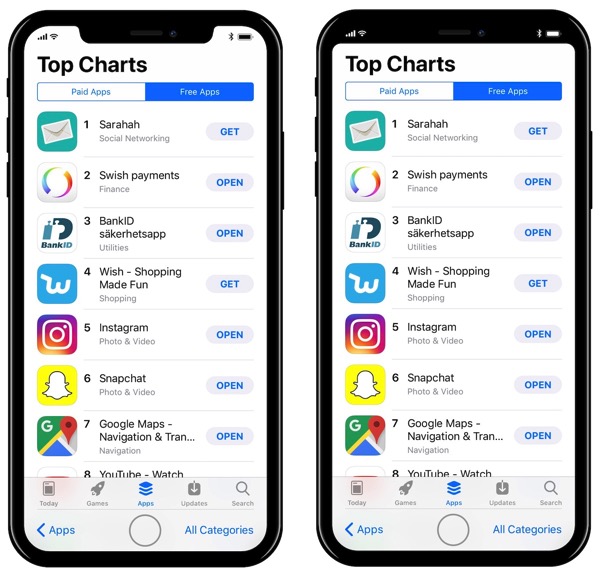 Rudberg says the at first he was more favorable of the UI blending the notch into the software of the iPhone, but due to what would result in a visually smaller display, he’s now hoping that Apple will “embrace the notch”.

For more photos from the two ‘iPhone 8’ mockups, click here and here.