Evan Blass, known as @evleaks on Twitter, is well-known for his accurate leaks of mobile devices and more. His latest shows a picture of Apple’s upcoming iPhone 8, in what appears to be a render from a case maker, showing off the new iPhone’s display and how it will look encased.

Accessory makers usually get advance specifications to tailor their cases, and below we see a bumper case for iPhone 8:

We’ve seen numerous ‘iPhone 8’ dummy units by now showing off the display’s top cut out, which makes room for the front-facing camera and other sensors. The notch allows the front display to go edge-to-edge and omit thicker top and bottom bezels.

Blass, however, believes the upcoming Essential Android phone (from former Android co-founder Andy Rubin) “does a better job of wrapping the display around hardware elements, but in general I find the look distracting.”

For reference, below is an image of the Essential phone and its top display cutout for the front camera: 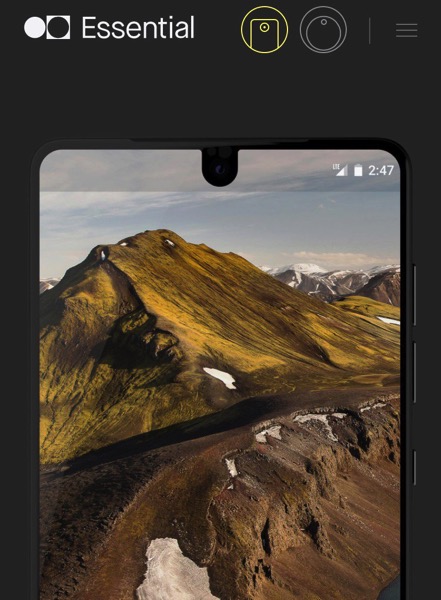 The Essential phone is set to launch later this summer in Canada, exclusively on Telus.

What do you think about the top display cut outs on the upcoming iPhone 8, if they are indeed true?