Sonny Dickson, a reliable leaker of Apple’s products in the past, has shared on Twitter this morning a supposed iPhone 8 schematic, which reveals some big changes could be coming from the tenth anniversary iPhone.

The image below shows what a previous rumour cited, which was Touch ID could be moving to the rear of the iPhone, with the schematics showing placement below the Apple logo. Also, dual rear cameras are now stacked vertically, with the flash below. 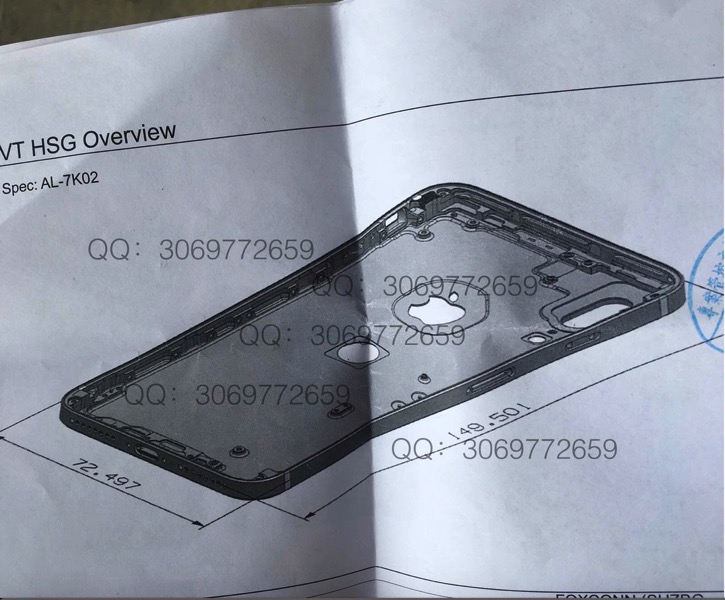 On the right side of the device, we see a slot for what looks to be the Sleep/Wake button again, and below it the SIM tray. On the bottom of the device, it looks to be a port for Lightning, but again it’s too hard to tell, as it could even be USB-C?

The dimensions are showing 149.501mm by 72.497mm—which are the exact same numbers allegedly leaked last week, in what was a similar iPhone 8 schematic showing rear Touch ID and stacked cameras (with a camera bump still, unfortunately).

Earlier this week, one analyst had a wild belief that Apple would eliminate Touch ID, as the company is reportedly having difficulty with implementing the feature into the iPhone 8 display.

While it would look odd on the back of the iPhone, in real life, the placement of Touch ID on the rear could work (other smartphones already have it). When I pick up my iPhone 7 Plus, my index finger is always below the Apple logo on the back to support the weight of the phone. Next, I then need to move my thumb down to Touch ID, which can change the balance of the device in my hand.

Touch ID on the rear—what do you think? Yay or nay?