While Apple has been mum about its plans for its next flagship, tech enthusiasts continue to speculate about its possible specs and features. Despite the lack of official updates from Apple, one thing is for sure: the iPhone 8 will be innovative and special enough to celebrate the iPhone’s 10th year in the market. 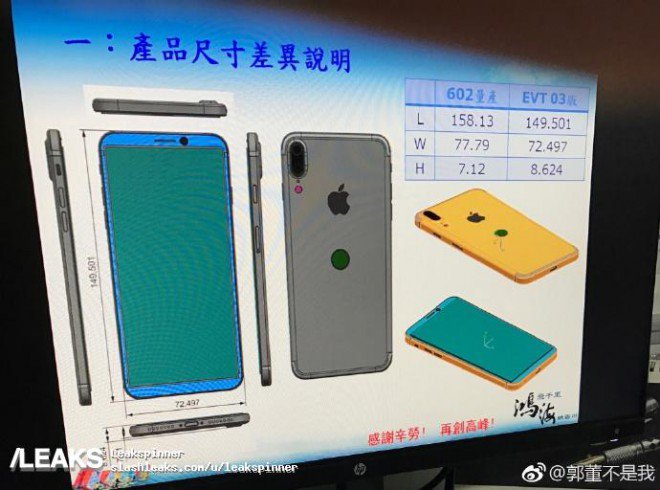 Another recent rumor surrounding the upcoming device is the potential of a new dual-camera setup, with the cameras being stacked vertically on the back of the phone. This is a departure compared to how the company used a dual-camera setup in the past, with the iPhone 7 Plus having a dual-camera setup that was horizontal. There are several things that this new setup could improve for users, but one could be increased depth when using the phone with AR or VR devices.

Now, according to Italian tech blog HDBlog, newly leaked photos show a potential schematic for the iPhone 8 confirming both of the previously mentioned rumors. That said, at least in the case of the rear fingerprint scanner, it’s hardly an outlandish claim. There’s precedent for rear-mounted finger scanners, however divisive they prove to be, and it’d be easier to implement then an all-new embedded display technology.

It’s worth taking the HDBlog rumours with a pinch of salt – we’ve yet to see its predictions and reports bear accurate fruit, while some suggestions for the next iPhone merely repeat things we’ve heard earlier from other trusted sources.

While Sony is yet to officially announce its selection of free games coming to PlayStation Plus subscribers in December, the lineup appears to have already leaked. According to the leakers at Deallabs, who have a 100% accurate record of sharing early PlayStation game leaks, Mass Effect Legendary Edition, Biomutant, and Divine Knockout are coming to PlayStation...
Usman Qureshi
12 mins ago

In celebration of Computer Science Education Week, Apple is introducing a new Today at Apple session, Coding Lab for Kids: Code Your First App, at Apple Store locations around the world beginning December 5. For those who aren’t familiar, the Today at Apple program offers free, daily in-store sessions that assist customers in unleashing their...
Usman Qureshi
27 mins ago