The latest iPhone 8 rumour from Benjamin Geskin on Twitter claims Apple’s next iPhone could come in a mirror finish, but not so fast claims veteran leaker @OnLeaks.

Speaking to iPhone in Canada, @OnLeaks believes the rumour of an OLED ‘iPhone 8’ in a mirror finish could have originated from widely available Chinese clones, such as the image he provided below: 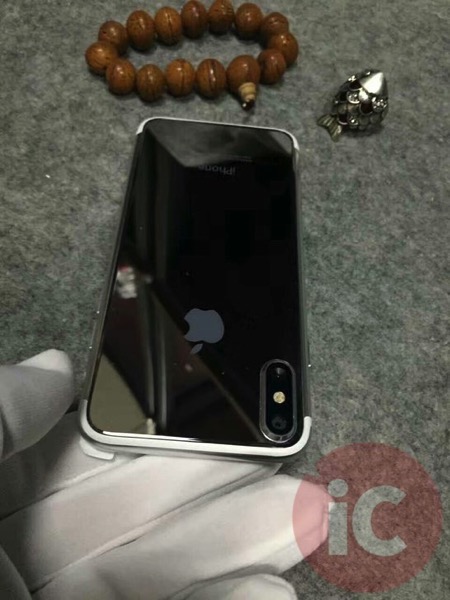 Recently, @OnLeaks has called out Geskin publicly on Twitter, claiming the latter should not be taking credit for ‘leaks’ found publicly on Chinese social media.

U know I know U a thief, a cheater & a liar. Remember that private chat during which you confessed your cheatings? Don't push me too far… pic.twitter.com/iiMUR5rNmL

@OnLeaks told iPhone in Canada Geskin stole one of his first ‘iPhone 8’ dimensions leaks and passed it on as his own with a watermark. But Geskin eventually deleted his tweet after @OnLeaks confronted him about the image, which had private tracking mechanisms in place to track people stealing images and taking credit for them as their own.

@OnLeaks said Geskin tried to prove to him he received the CAD image from his own source, even going so far as to send a fake Photoshopped conversation as proof. But eventually Geskin confessed once @OnLeaks proved the image was indeed his. 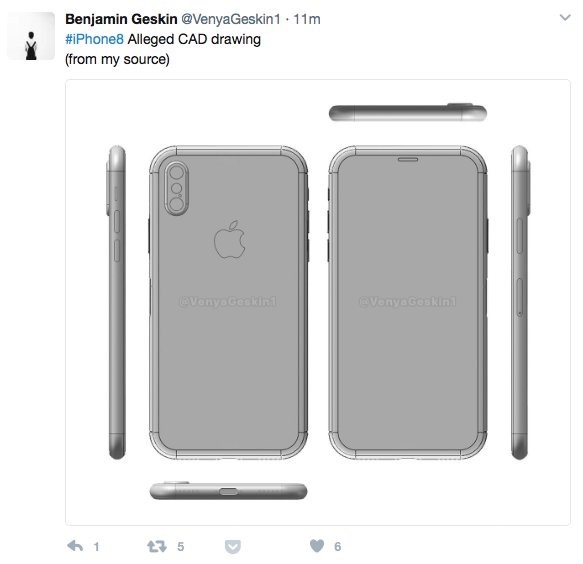 Since deleted tweet by Geskin, after being called out by @OnLeaks for stealing the image

According to @OnLeaks, known as Steve Hemmerstoffer from France, Geskin doesn’t have solid sources when it comes to iPhone 8 leaks (or leaks in general), but rather just throws out whatever he finds on Chinese social media and receives via tipsters, and hopes one of them comes true.

Hemmerstoffer says confusion around ‘iPhone 8’ can be linked to Geskin’s tweets, such as inconsistent rumours about Touch ID being on the back of the device or under the OLED display. According to @OnLeaks, Geskin doesn’t “fact check” his leaks which get picked up by Apple news outlets, further perpetuating rumours.

@OnLeaks continues to explain prior to these so-called ‘iPhone 8’ leaks by Geskin, the latter has not leaked anything aside from some Samsung Galaxy Note 8 and Galaxy S8 renders, based on rumours in the past. He believes Geskin wants to become a ‘famous’ leaker online.

Two ‘iPhone 8’ leaks from @OnLeaks so far include a CAD drawing of the upcoming smartphone, and a recent hands-on video of a dummy production unit. He says all other leaks and tips he receives are never shared unless he is able to verify them through sources.

Again, when it comes to ‘iPhone 8’, we will only find out what’s coming when Apple announces the device, expected sometime this fall again. But until then, keep your exceptions in check when you hear about ‘iPhone 8’ rumours on the web.