We’ve seen a variety of iPhone 8 leaks over recent months and now a new set of renders has emerged, this time courtesy of Steve Hemmerstoffer, known as @OnLeaks on Twitter. 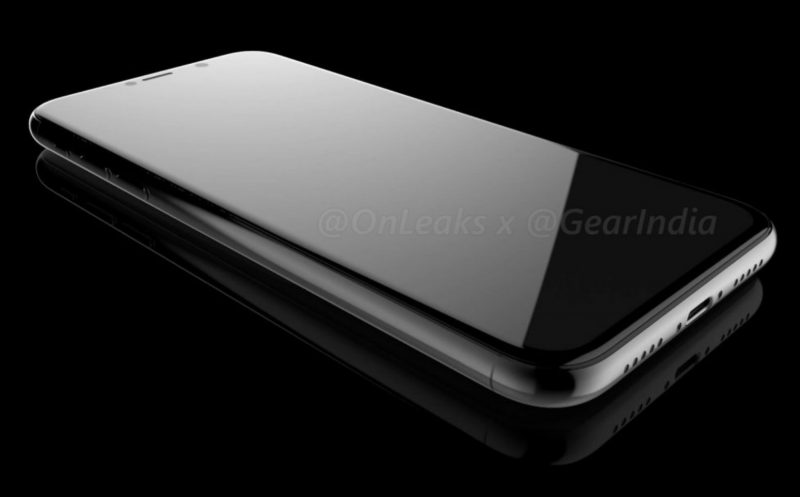 This time, however, these renders are not a concept that a designer created based on rumours. Instead, these are high-quality 3D renders that were created using allegedly leaked factory CAD images of the OLED iPhone. And considering Hemmerstoffer’s track record concerning Apple leaks, there is a decent probability that this is indeed the iPhone 8 we are looking at here.

Hemmerstoffer based his iPhone 8 rendering on factory CAD files. He shared the design on Twitter saying, “So, this is it… I guess… #iPhone8 renders + 360° video + size (based upon factory CAD) on behalf of @GearIndia.” Could it be?

The rendering shows a lot of what we’re already expecting: curved display edges blending into the phone’s body, near edge-to-edge screen, no physical Home button, and dual vertical camera lenses on the back. Reports also say it will sport an OLED display with Touch ID sensors embedded into the glass itself.

Overall, the new flagship smartphone is almost as big as the iPhone 7, but slightly larger, measuring 144 x 71 x 7.7mm, according to the schematics used for these renders. That also means the phone is slightly thicker than the iPhone 7, but don’t expect the rear camera to lose its unsightly bump.

@OnLeaks is known as one of the more reliable sources for inside information on unreleased electronics from the Chinese factories where they’re built. Hemmerstoffer posted a picture of an iPhone 7 case months before the phone launched last year.

Check out a video of the render below and let us know your thoughts: