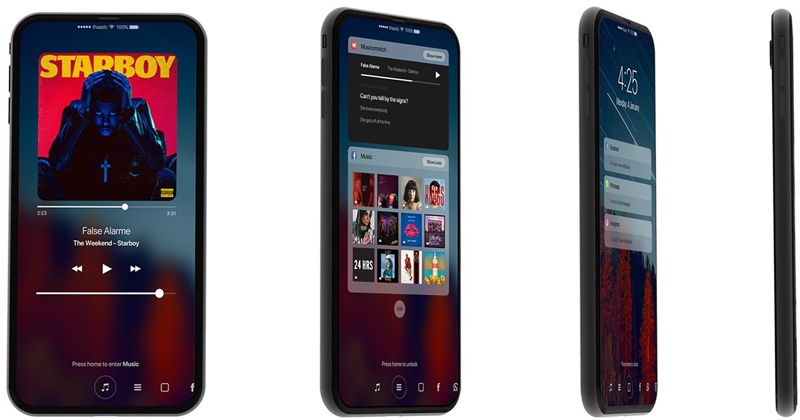 Apple’s iPhone 8 expected to usher in a number of new technologies like an edge-to-edge display, through-the-display Touch ID, a next generation 10nm A11 processor and vibrant OLED technology, reads a report from MacRumors.

The phone includes quite a bit of new tech to introduce at once, and reliable KGI Securities analyst Ming-Chi Kuo says that iPhone 8 supplies will be severely constrained at launch as suppliers attempt to ramp up production of the smartphone’s various components.

“Production ramp up of OLED iPhone could be delayed to October-November (previously estimated to be August-September, as in previous years),” reads Kuo’s report.

“That said, if new features, such as 3D sensing, can provide good user experience, a temporary supply shortfall won’t undermine actual demand, which may be deferred to 1H18. In that case, potential contribution starting late-2Q17 from OLED iPhone could be partially delayed by 3-6 months for related suppliers,” he continued.

Rumours of supply constraints on new iPhones and new Apple products are not new. But in recent history, whenever Apple brings new technology to market —such as with the dual-camera system on the iPhone 7 Plus, or the completely wireless AirPods, or the new product category of Apple Watch— there have been severe stock issues.

In fact, this year’s iPhone launch could further be compounded by the fact that other handsets are also expected to utilize edge-to-edge OLED displays. Kuo said he believes seamless, large screens will become a major selling point for high-end smartphones, which could leave legacy LCD-based designs in the dust.

Despite the apparent delay, Apple is still expected to announce the iPhone 8 in September, when it usually announces new phones. That’s because Apple is reportedly planning to introduce an iPhone 7S at the same time. The 7S is expected to retain the design of the iPhone 7, but — like other S generations — bump the phone’s specs in a handful of different ways to set it apart.

Twitter CEO Elon Musk on Saturday shared slides from a recent internal meeting where he detailed his plans for "Twitter 2.0." https://twitter.com/elonmusk/status/1596718851097755648 Musk has made it clear that he wants to turn Twitter into "the everything app" he has envisioned for quite some time now. According to Musk's presentation, Twitter is actually hiring right now....
Nehal Malik
52 mins ago