Reports of Apple delaying the availability of its next iPhone from September to October because of manufacturing issues are probably true, says Guggenheim’s Robert Cihra, but he’s not concerned: “a ‘short-lived’ delay will not ultimately matter to the stock.” 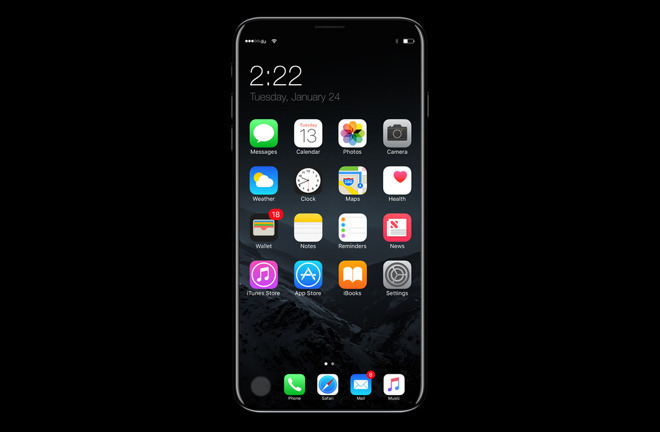 The upshot of the delay is that while Apple will miss expectations with its outlook for the September quarter (when Apple reports results on August 1st), it just means more money in the December and March quarters.

According to a Guggenheim investor note seen by AppleInsider, Cirha believes that the 2018 fiscal year and the holiday quarter in particular will be Apple’s biggest in three years.

The note outlines the investor firm’s belief that over 40 percent of “the current install base that exceeds 700 million are now greater than two years old, more than double the number that were during the 2014 launch of the iPhone 6.”

Previous reports have seen analysts predict a delay in the upcoming iPhone. According to the analysts, who visited the Apple supply chain, its manufacturing partners are having trouble getting the iPhone’s fingerprint sensor and 3D-scanning technology working.

The fingerprint sensor is said to be the first from Apple that would be integrated into its screen instead of added to a physical button that previously sat on the front of the smartphone. The 3D-scanning technology would be used to verify a person’s identity and allow him or her access to the iPhone’s software by scanning his or her face.