The iPhone 6 launch doubled Apple’s sales in the December quarter of 2014, says Consumer Intelligence Research Partners, based on a survey they conducted at the end of last year. Additionally, a separate report says the demand for the iPhone 6 and 6 Plus has never been higher. The reports come four days ahead of the anticipated quarterly earnings reports.

Looking back to the past calendar quarter, CIRP says that Apple grabbed half of US smartphone sales, followed by Samsung, which took about 26%, down from 31% in 2013. LG is on the rise, with 11%. 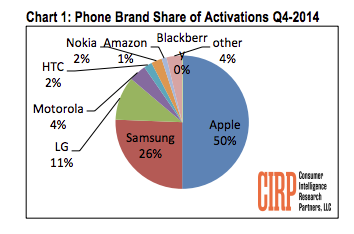 Apple’s sales share is up 2% from the same period in 2013, when it took roughly 48% of all smartphone sales in the country. The market research firm concludes that the iPhone 6 and 6 Plus launch was a success, despite the majority of sales coming from upgrades (86%). 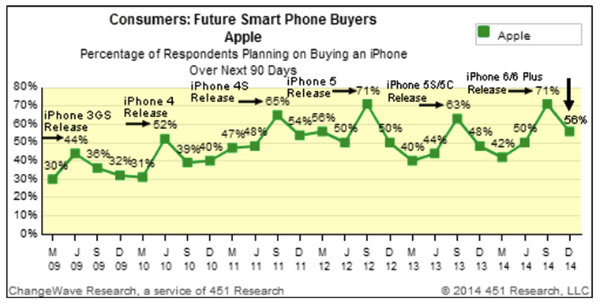 The second survey, conducted by ChangeWave (via Fortune) in December, revealed that 56% of US-based smartphone buyers plan to purchase an iPhone in the next 90 days, marking the highest level of demand Apple has ever recorded.

Apple has officially launched sales of its new HomePod second-generation in Canada, with first pre-orders set to deliver today. As of writing, you can buy HomePod 2 on Apple’s website and have it ready for pickup at your local Apple Store. Select addresses can also get HomePod 2 with same-day delivery. HomePod 2 costs $399 […]
Gary Ng
46 mins ago