The iPhone 6 and iPhone 6 Plus launch has been hugely successful, not just on the consumer level, but on the enterprise level as well, according to the latest data from Good Technology analyzing quarterly enterprise share for device activations (via VentureBeat). 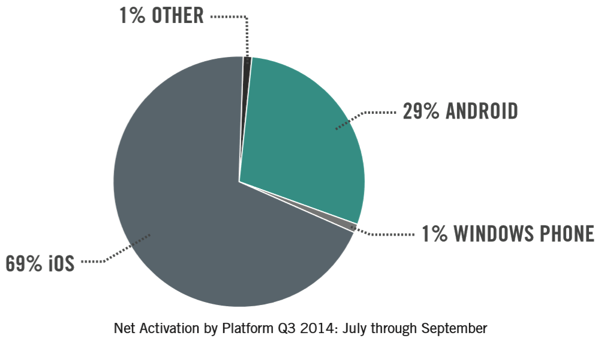 Of the enterprise device activations registered during the past quarter, iOS accounted for 69%, taking 2% market share from Android, which now accounts for 29% of all activations. Although it is early data, the fact is that iOS was down to 66% in July and August, but the September launch of the iPhone 6 and iPhone 6 Plus “corrected” the company’s growth curve.

Windows Phone activations remain flat at 1%, and Good Technology doesn’t have any information for BlackBerry devices. 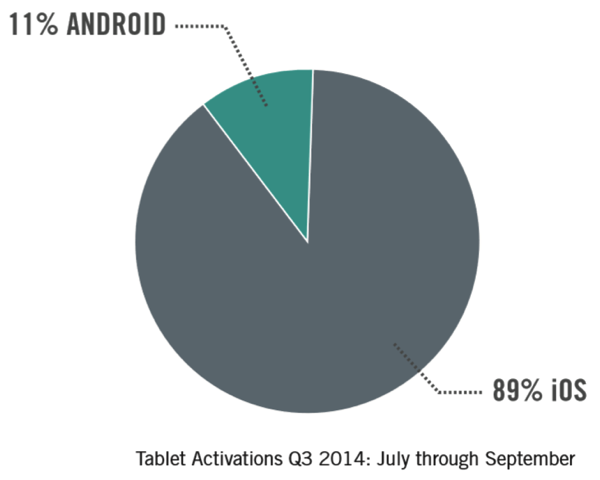 The iPad also accounted for the lion’s share in tablet activations; however, it is slightly losing market share to Android, which is rising for the second straight quarter, now accounting for 11% of all activations.