Apple Considering Using the iPhone as a Form of Identity

Apple is considering the possibility of using the iPhone as a form of identification for its user.

The United States Patent and Trademark Office today published an Apple patent application (via Apple Insider) first filed in March for a “Document importation into secure element.” The process envisioned could allow your iPhone to replace your driving license, membership card, passport, or another identification document.

Such a system would allow iPhone users to import their credential data to the smartphone, whether that’s one’s driver’s license, passport, etc. Said user could then provide these credentials when challenged by authorities using their iPhone.

According to the patent application, Apple’s solution would be to use a short-range radio — RFID or NFC — as well as a “secure element” for storing the data. Using short-range radio signals, the device would be able to acquire the necessary information from an officially-issued identification document. 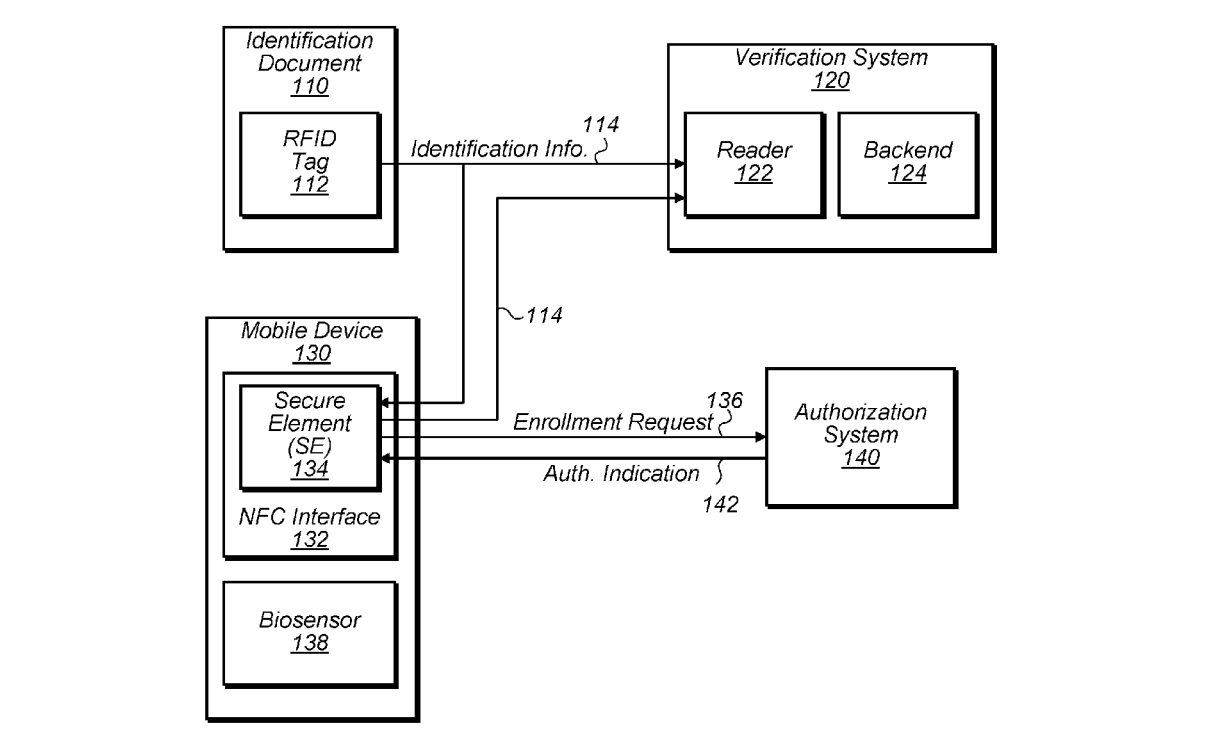 Apple also hopes to incorporate the same information stored on chips featured on modern passports, or ePassports, which include information about a user, including their name and date of birth, among other things. A similar system could hand off passport or driver’s license details, for example.

An iPhone provides the perfect medium for such a feature, as it already has the proper NFC technology, an encrypted secure space that holds both fingerprint and facial map data, as well as a biometric-based authentication system. If implemented properly, an iPhone could be used by anyone from the public or private sector as “proof of identity.”

As Apple does file a large number of patents on a weekly basis, it’s important to keep in mind that that this filing doesn’t necessarily mean that the feature is around the corner.