In my previous post about what everybody ought to know about iPhone OS 3.0 and jailbroken iPhones, I warned users to not update their firmware until we heard from the Dev Team.

Well, low and behold, the iPhone Dev Team the other night responded on their blog already. Their announcement for us all is that…iPhone OS 3.0 can be jailbroken on ALL devices! When I read this I quickly spread the news on Twitter.

Yes, that’s right folks, iPhone OS 3.0 can be jailbroken for your iPhone 2G and 3G. What does this mean? It means if you want to keep your yellowsn0w unlock on your iPhone 3G, DO NOT update to 3.0 via iTunes! Wait for an updated version of PwnageTool which will allow you to create a custom firmware with an older baseband firmware inside.

From the iPhone Dev Team:

With all of the great stuff lined up for us with the 3.0 OS that Apple described today, many 3G owners may find themselves with itchy update fingers. If you find yourself with access to the 3G IPSW for 3.0 via the iPhone Dev Center program, and you are using yellowsn0w, do not update or restore to that official IPSW. You will lose yellowsn0w and find yourself unable to revert the baseband to get it back.

And for those wondering, yes the 3.0 OS is jailbreakable on all devices. It’s just those using 3G yellowsn0w that have to show some restraint and wait for PwnageTool to create a custom IPSW that avoids the baseband update. 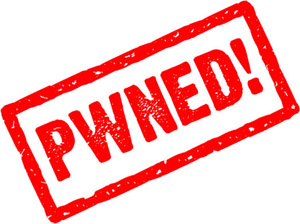 The iPhone Dev Team is pretty impressive with their speed of work when it comes to letting us know the jailbroken status of each and every iPhone firmware. Let the game of cat and mouse continue!

iPhone OS 3.0 is going to make our iPhones even better considering all the changes Apple announced the other day. When was the last time you remember getting excited about a firmware update from your old cellphones?