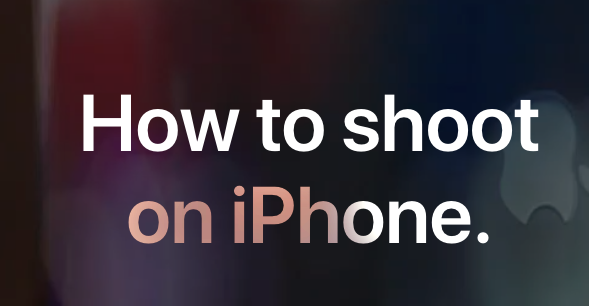 These quick 30 second tutorials note how using shapes in your environment can help create a natural frame, while also touting how a telephoto lens can also make composing a photo easier. The tutorials are part of Apple’s website “How to shoot on iPhone”, which contains a whole bunch of helpful videos.

Use shapes behind your subject to create a natural frame.

The telephoto lens does more than zoom — it can simplify your composition.

[caption id="attachment_389637" align="aligncenter" width="1024"] Image: OpenAI[/caption] ChatGPT creator OpenAI today announced the launch of a new "classifier" designed to detect machine-written text. "We’ve trained a classifier to distinguish between text written by a human and text written by AIs from a variety of providers," the company said. While the company's AI-powered chatbot has taken the...
Nehal Malik
33 mins ago