Did you make an iPhone SE or 9.7-inch iPad Pro pre-order last week? The first wave of pre-orders have started to ship, as seen in the confirmation email from Apple below: 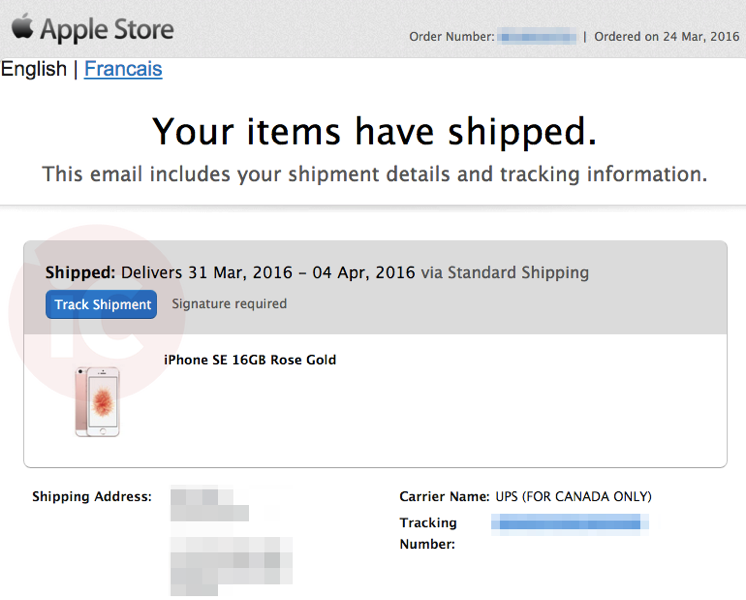 As for the 9.7-inch iPad Pro, pre-orders for the new tablet have also started to ship, essentially labels created and ready for UPS to deliver them on launch day: 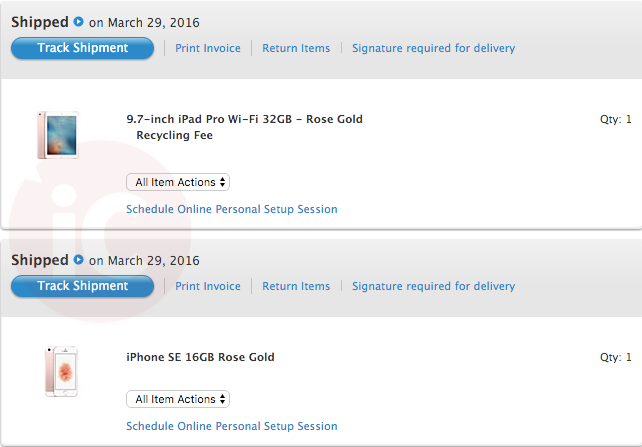 UPS tracking is not live yet, but expect details to be updated late Wednesday evening or early Thursday morning.

If you want to easily find out when your UPS deliveries are coming, creating a UPS My Choice account is essential—click here to find out how to set yours up.

The iPhone SE will launch on Friday, April 1, while the 9.7-inch iPad Pro will launch this Thursday, March 31 in Canada, the USA and beyond. What goodies are coming your way? Get ready to start waiting by the front door.