Authorities have dismantled a Chinese smuggling ring who used a system of drones, giant motorised wheels, and cables to smuggle more than $79 million USD worth of mobile phones between Hong Kong and Shenzhen. 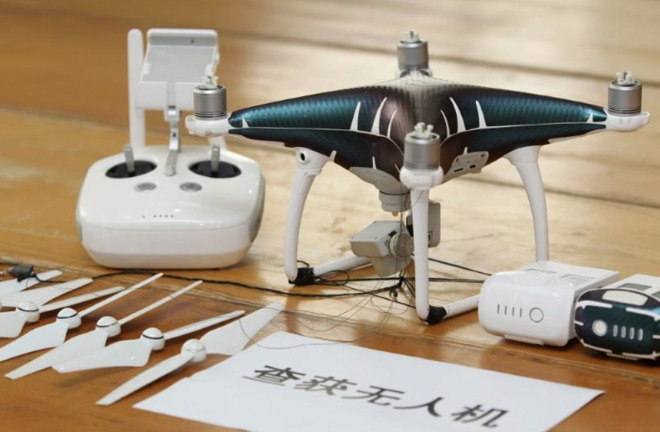 “It’s the first case found in China that drones were being used in cross-border smuggling crimes,” the Legal Daily reported, citing a news conference held by Shenzhen customs on Thursday.

Basically, the smugglers used drones to fly two 660-foot cables from Hong Kong to Shenzhen, reads the report. Those cables were used to transport quantities of iPhones worth 500 million yuan ($79.6 million USD) to the mainland, where they could be sold via the black market for a hefty profit.

Chen Liang, deputy chief of the Wenjindu branch of Shenzhen’s anti-smuggling bureau, said the gang then worked from midnight to 5am each morning in an effort to avoid detection.

Smuggling of high-value products — like iPhones, jewelry, and luxury products — is nothing new in China. In fact, according to the report, the government has been working hard to crackdown on the practice and do a better job of breaking up what has become an increasingly powerful black market.