In terms of customer satisfaction, Apple has again ranked first in the J.D. Power and Associates Customer Satisfaction survey:

For a fifth consecutive time, Apple ranks highest among manufacturers of smartphones in customer satisfaction with a score of 795 and performs particularly well in ease of operation, operating system, features and physical design. Motorola (763) and HTC (762) follow Apple in the smartphone rankings.

I’ve been satisfied since the first day I laid hands on my first generation iPhone.

On the home front, Research in Motion ranked last–below the industry average. I wonder why. 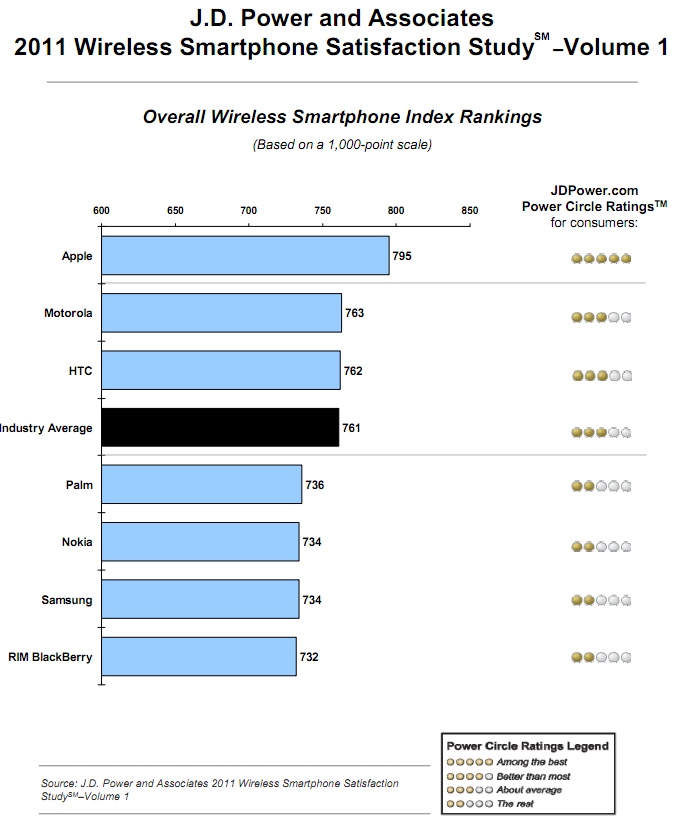 Are you satisfied with your iPhone?