Starting at a whopping $1319 CAD for 64GB model, the all-new iPhone X is set to hit the stores later this year with a beautiful 5.8-inch edge-to-edge OLED Super Retina display. And although it may sound over-priced, the folks over The Verge, who were lucky enough to get an early iPhone X hands on at the Apple Park today, believe the device is totally worth the hefty price. 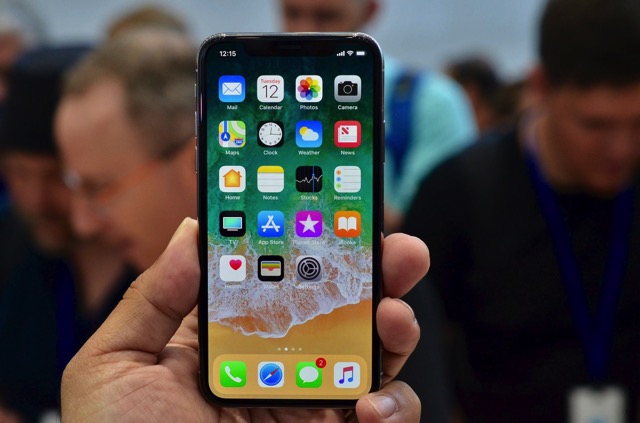 Here’s how Nilay Patel describes it:

“The X is an extremely beautiful device, with a stainless steel band and glass back curving into a 5.8-inch OLED display that stretches all the way across the front of the phone. It’s a bigger display than the 5.5-inch Plus-size iPhones, but a much, much smaller body. Those bezels — turns out they’re huge. Happily, the X is also a little thicker and less slippery than the iPhone 7.

Apple’s calling this a “Super Retina Display” with 1125 x 2436 pixels of resolution, making it the highest-density screen on any iPhone. It’s super sharp to look at and punchy and vibrant as you’d expect from an OLED screen. It has all of Apple’s signature tech, too, including 3D Touch and TrueTone automatic calibration.

The iPhone X doesn’t arrive until November, and based on what we’ve seen in our brief impressions, it’s going to be quite popular when it does. Even if it does start at a thousand dollars”.

Check out the early hands-on video of the iPhone X and share your thoughts in the comments section:

Update: here’s an awesome video of iPhone X by MKBHD:

Apple has highlighted its built-in accessibility features across iPhone, iPad and Apple Watch, in a new video shared this morning titled, ‘The Greatest’, showing how its software features offer new tools for those with disabilities. “At Apple, we believe accessibility is a human right. Innovative features like Door Detection, Sound Recognition, Voice Control, and more […]
Gary Ng
13 mins ago