Apple ‘iPhone X’ Revealed in iOS 11 GM, Along with iPhone 8, iPhone 8 Plus

Following the leak of iOS 11 GM, more has been revealed regarding Apple’s upcoming iPhones, and now we may have the names of the company’s next flagship device, as unearthed by developer Steve Troughton-Smith on Twitter.

This morning, Steve T-S tweeted “…and we now have the name of all three new iPhones. Are you ready for this?”

If this is indeed true, Apple may be calling its tenth anniversary smartphone iPhone X, while we would finally see an “S” moniker skipped this year, with iPhone 7/7 Plus models jumping right to iPhone 8 and iPhone 8 Plus. 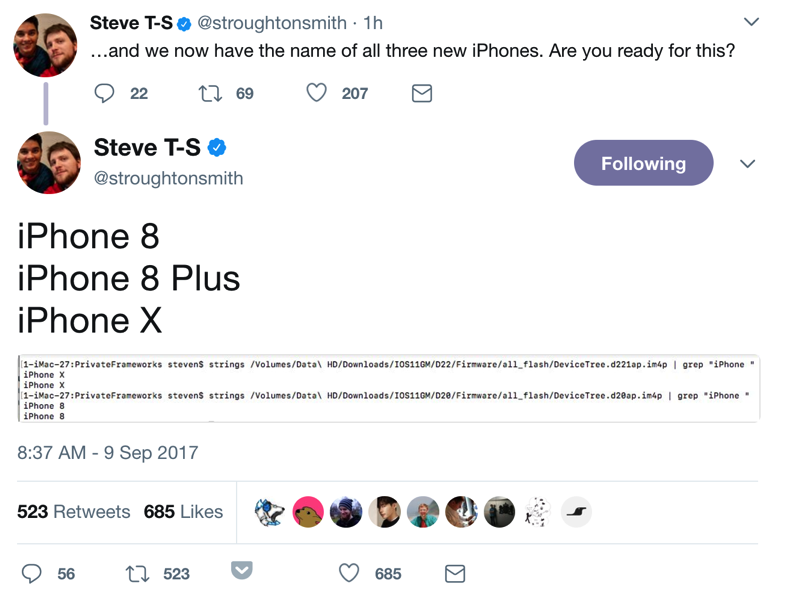 We may not know the final naming schemes until Apple’s special event on Tuesday, but right now if iOS 11 GM is to be believed, all signs point to iPhone X with Face ID.