This week we saw leaker @OnLeaks publish 3D renders of what is believed to be Apple’s upcoming ‘iPhone XI’ and ‘iPhone XI Max’ design.

The new design looks similar to the iPhone XS and iPhone XS Max, except a new mute switch is said to be arriving in the form of the old circular rocker switch from the iPad.

Also shown was the triple-camera design on the rear, in a triangular pattern housed under an apparent single back glass panel.

Today, @OnLeaks and partner CashKaro have published more details regarding the controversial new camera design on the back.

According to the site, “What remained unseen in previously released renders is that the squarish camera bump actually encloses three smaller individual bumps surrounding the camera lenses that slip inside. The smaller bumps give a 3D sort of effect, visible through the glass of the main and larger square bump.”

So instead of flush camera lenses, there is “a circular glass appearing on top of each of the three camera lenses. These are then surrounded by a thin ring, offering a refined look to the camera.”

The new “most accurate depiction” below is shown below: 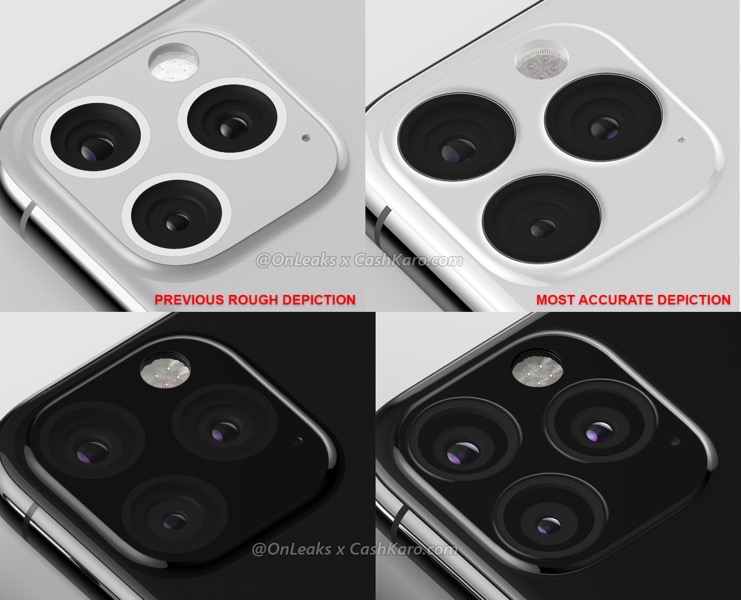 Here’s another photo shared by @OnLeaks on Twitter, clarifying the apparent layout of these new camera lenses. He says, “It seems many wrongly interprets my renders [and] explanations. Be aware the data based on which that bump has been rendered were very hard to comprehend. That being said, if my understanding of these data is correct, this is how the bump and each individual lens are put together…” 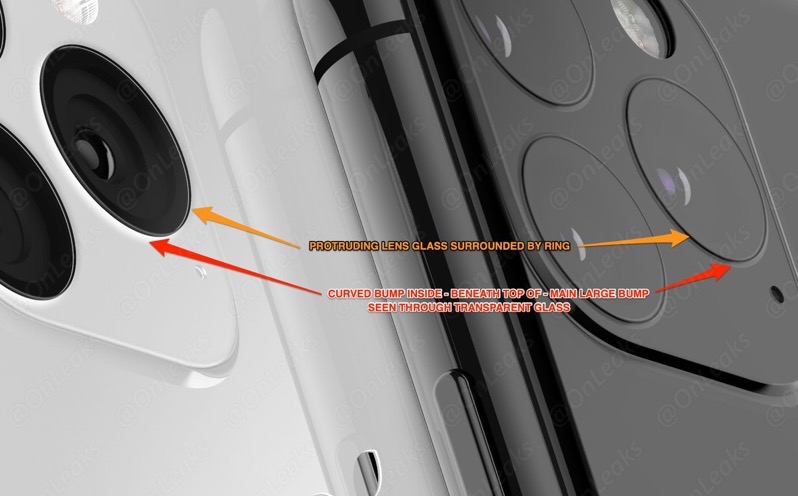 According to @OnLeaks, he further states, “And for those not being aware of that fact, calling #iPhoneXI bump design “a bump on top of a bump”, there has always been a sapphire lens glass surrounded by a ring (which you can call a bump) ont top of iPhone camera bump… Just saying…”

So essentially the three cameras on the rear of the supposed iPhone XI and iPhone XI Max will protrude out slightly, maximizing the space for each lens. Previously, based on renders, many assumed the back glass panel would be a single piece incorporating the main square ‘bump’, but now we’re being told there will be raised camera ‘bumps’ on top of the main ‘bump’. #bumpsonbumpsonbumps

It remains to be seen how much of an improvement we will see with these new triple camera lenses on the back of this year’s iPhones, if the design is indeed true. Android competitors have recently shown off some impressive extreme low light and zoom capabilities, so it’s now Apple’s turn to show what they can again do with this year’s iPhone cameras.