Dutch site FixjeiPhone has posted what they claim is the world’s first iPhone XS teardown, spilling the inside secrets of Apple’s newest smartphone.

Apple’s iPhone XS and iPhone XS Max are set to launch on Friday, September 21, 2018. But it appears FixjeiPhone got their hands on a unit early. When iPhone in Canada asked them how they acquired the phone, the company responded via email, “We got it from one of the customers from our webshop. I actually don’t know how he got it.” Our guess is the phone probably came from an Apple authorized reseller or wireless carrier, releasing a unit earlier than they are supposed to.

The iPhone XS teardown reveals one big change compared to the iPhone X, and that is the battery, which is now a single unit that is L-shaped, compared to the last year, which saw two batteries shaped like an L.

Earlier this week, regulatory filings in China revealed RAM and battery capacity for Apple’s new iPhones. The 2658 mAh capacity of the iPhone XS battery shown below matches this. 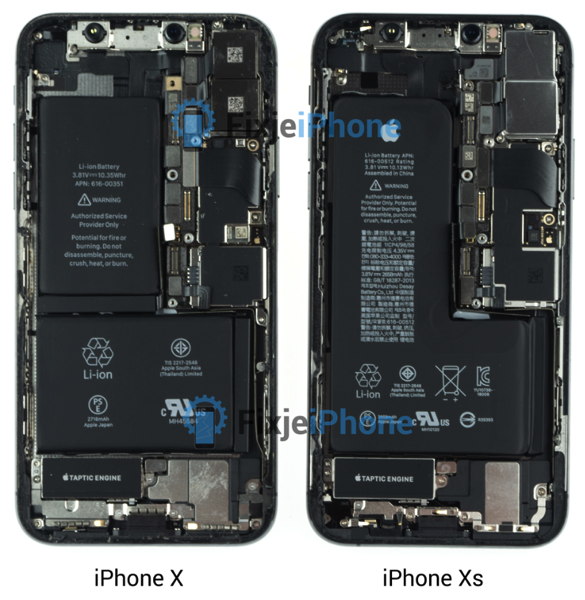 Also, it’s worth noting analyst Ming-Chi Kuo said last December Apple’s 2018 iPhone line up would feature an L-shaped battery design. Looks like he was right, again (but his guess on capacity was wrong). Even though the iPhone XS battery has a slightly smaller capacity versus the iPhone X and its 2,716 mAh battery, Apple says the newer iPhone XS has 30 minutes more battery life, most likely due to the efficiency of the A12 Bionic chip in the latter.

The teardown also reveals the iPhone XS logic board, as well as showing camera modules and more: 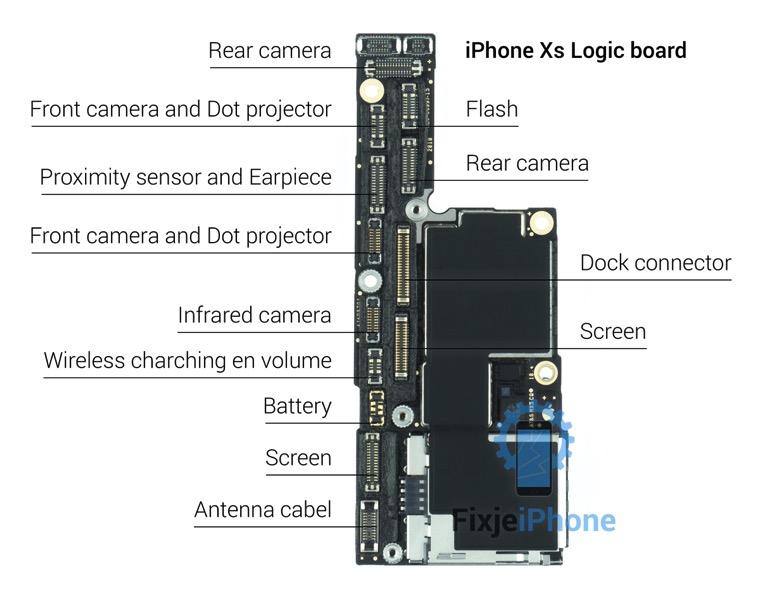 Below is a full video of the teardown, which also has English subtitles, FixjeiPhone tells iPhone in Canada via email:

The video shows a decent look at what it takes to tear down the new iPhone XS (for all you DIY folks), and these guys also beat iFixit to the punch (they’re doing a teardown livestream on YouTube Friday morning at 10AM PDT).