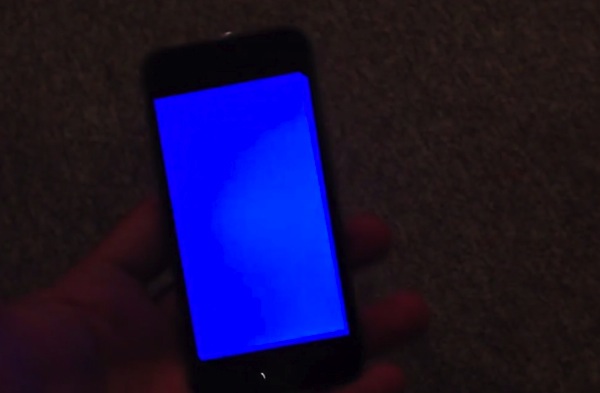 With every single major iOS release, there are always bugs. Earlier it was noted how an iOS 7 issue with background refresh has been causing some apps to constantly log users out of their accounts (i.e. Mailbox, Snapchat, PayPal). Even with the Apple TV, its recent 6.0 firmware was pulled after the update started to ‘brick’ user devices.

Now, it appears a bug in iOS 7 is causing iPhone 5s users to deal with a classic Microsoft trademark ‘blue screen of death’ when they launch iWork for iOS in some cases.

Check out just one of many videos being uploaded to YouTube below:

The issue of seeing a ‘blue screen of death’ is not new to iOS devices as others have also dealt with the issue before (and red screens as well on the iPad). However, users expect Apple to have found and fixed these ‘blue screen’ bugs prior to a major iOS 7 (in this case the issue is still present in iOS 7.0.1) release.

We independently tried to replicate the issue on our blue iPhone 5c and Numbers but were unsuccessful. Let us know if you are dealing with the ‘blue screen of death’ issue on your iPhone 5s and iWork for iOS apps.