Mailbox has announced a fix is coming to address a bug in its current version of the app which repeatedly signs out your Gmail account. This annoying bug has happened to us after installing previous updates (1.6 and 1.6.1) and has also happened sporadically for other users as well.

The team reports Apple has approved 1.6.2 which has fixed the issue temporarily by disabling background refresh (which means your email won’t download in the background):

Much of our team has spent the last five days in crisis mode trying to diagnose the bug, and we currently believe the root cause lies in Apple’s new Background Refresh feature. We’ve submitted a ticket to Apple and are currently discussing the problem with their support team. We’re also having discussions with a couple other prominent apps who are seeing similar issues on iOS 7.

This morning Apple approved version 1.6.2. which disables background refresh to temporarily bypass the problem. We’ll keep working with Apple and the developer community for a more long-term fix, but in the meantime we hope this will clear up the logout issue. 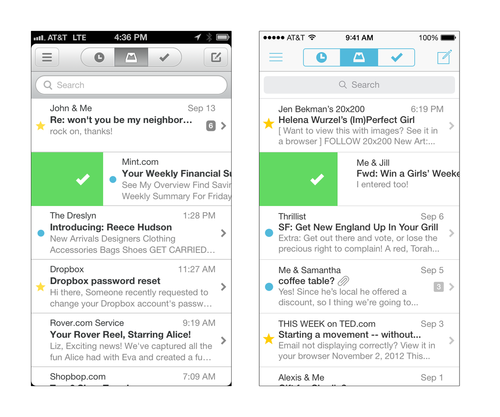 The problem lies within iOS 7, which has caused a similar logout issue for other popular apps such as Snapchat, PayPal, according to The Verge. Have you run into this logging out issue? We can probably assume Apple is working on a fix regarding this issue, as most golden master releases are plagued by bugs and worser-than-normal battery life.

Update: The 1.6.2 update is now live in iTunes–click here to download it.