According to a new report from MacRumors, Apple is planning to make some design changes to iTunes with the release of version 12.4.

The redesign was leaked in screenshots leaked to MacRumors and features a redesigned sidebar for simpler navigation, making it easier to access different areas within your library. The sidebar also supports the dragging and dropping of songs into your playlist. 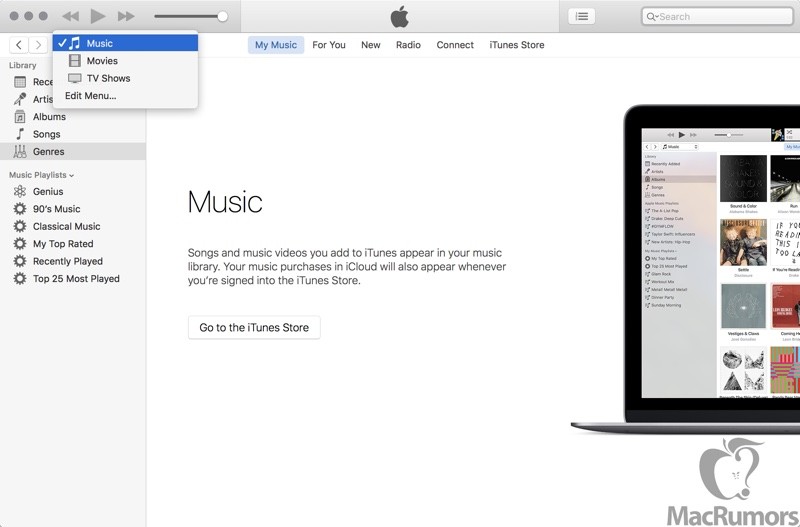 The update will also introduce a new dropdown menu to switch between Music, TV Shows, Movies, and other content. You can click the Edit Menu button to customize which sections of iTunes are included in the menu.

iTunes 12.4 will have simpler menus and will offer more options to customize what you see, which can be done through the redesigned View menu. The iTunes mini player is said to be receive some minor design changes with ‘Up Next’ being relocated to the right side of the player.

The report notes that iTunes 12.4 should be released within the next few weeks.