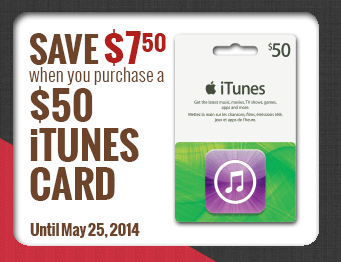 Update: sale is nationwide despite website not showing East availability (thanks @kolpanic). There are roughly 850 Mac’s convenience stores across Canada and iTunes Card sales seem to be happening periodically.

iTunes Cards can be used to fund your iTunes Account, allowing you to save on every digital purchase from Apple’s App Store, iTunes Store, iBookstore and Mac App Store. Let us know if you are going to jump on this!