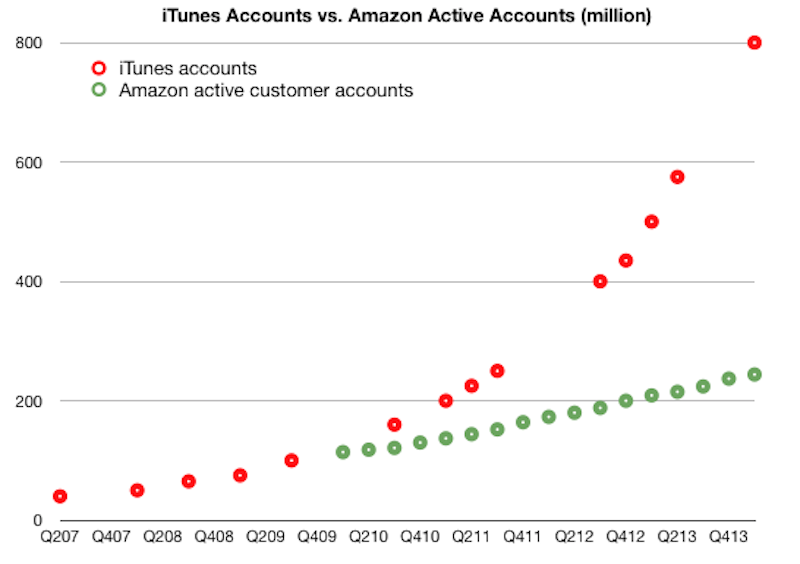 Industry analyst Horace Dediu has tweeted out a chart that compares the number of iTunes accounts versus Amazon Active accounts to show just how big the iTunes community is (via Business Insider). It is clearly evident from the chart that iTunes has nearly four times the number of accounts and thus, credit cards on file, as Amazon does, confirming Tim Cook’s recent statement that iTunes is now one of the main drivers of the company’s business.

“This gap feels stunning, especially considering how much more than just movies and music that Amazon sells. Apple’s wealth of credit card information could end up giving the company a huge advantage if it eventually decides to work on some sort of mobile wallet”.

At last week’s earnings call, Tim Cook highlighted that the company now holds 800 million iTunes accounts, most with credit cards. He also mentioned that iTunes (software and services) had a record quarter, “We’re very proud of our quarterly results, especially our strong iPhone sales and record revenue from services”.