A new ‘iWatch’ concept by the folks over at IfYouCouldSeeTheFuture, imagines a smartwatch with sapphire crystal curved display, integrated Apple Touch ID technology, replaceable smart skins and much more (via FSM). Check out this fantastic concept right after the jump. 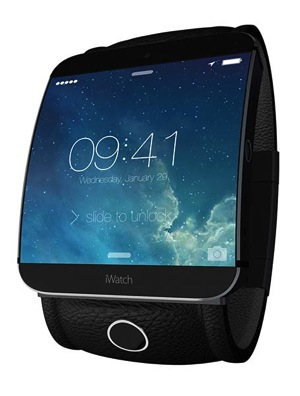 Offered in Gold-vintage, Black-classic and White-space colour options, this concept ‘iWatch’ weighs around 100 grams and is less than 8mm in thickness. It features a ‘cleverly curved’ Retina display made up of sapphire crystal. Additionally, it also has the Touch ID fingerprint sensor built-in.

Let us know what you think of this one!